Plenty more fish in the fynbos? What climate change means for our freshwater fish 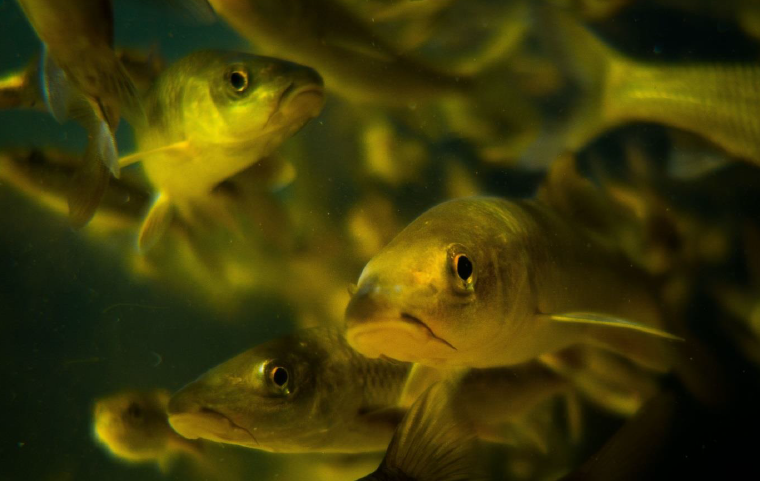 Plenty more fish in the fynbos? What climate change means for our freshwater fish

Freshwater ecosystems are an irreplaceable feature of the Cape Floristic Region. Can you imagine our Cape wilderness areas without the pristine rivers, wetlands and mountain streams that give life to our fynbos and its fauna? This prospect becomes frighteningly real when we consider the fast-growing impact of one of the globe’s greatest challenges: climate change.

Despite President Trump’s astonishing decision to withdraw the United States from the Paris climate accord last month, there has never been stronger global consensus that climate change is real. 2016 was the hottest year ever recorded on earth, and the third year in a row that temperatures have hit record-breaking highs (1). Extreme and unpredictable weather patterns are increasingly prevalent, with the World Meteorological Organisation (WMO) maintaining that ‘human-induced global warming has contributed to at least half the extreme weather events studied in recent years’ (2).

Locally, the Western Cape is experiencing its worst drought in 100 years. As South Africa is a fundamentally water-scarce country, volatile water supply is an inevitability for the foreseeable future. With this, comes a severe threat to the livelihoods of the urban and rural communities that our freshwater resources serve, as well as an equally serious, yet less-frequently acknowledged, threat to the natural biodiversity of our freshwater ecosystems.

You may be surprised to know that there are about 20 species of freshwater fish endemic to the Cape Floristic Region. Though rarely seen, these silent creatures have inhabited our waterways for hundreds of years, and are integral to the health and biodiversity of our freshwater ecosystems. While research continues to reveal new species, the concerning reality is that species numbers may be dwindling at a similar rate to the one at which they are being discovered. 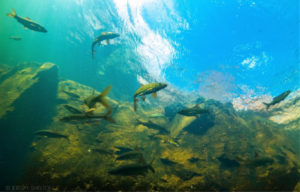 Of the Cape’s freshwater fish species, four are listed as critically endangered, nine endangered, and three vulnerable. As climate patterns continue to shift, these species will face mounting pressure as a result of increased water temperatures and reduced water supply. Currently, one of the greatest threats these fish face is an overwhelming influx of alien invasive fish species; a battle that will only become more competitive as ecological and physiological boundaries constrict.

Realising the need for significant intervention, The Table Mountain Fund is currently co-funding (along with the Water Research Commission) an important collaborative study, spearheaded by The Freshwater Research Centre, in conjunction with the South African Institute for Aquatic Biodiversity, CapeNature and the University of Cape Town. The aim of this study is, firstly, to understand distribution patterns of our freshwater fish species, as well as the factors that are currently threatening them, and then to try and predict the effects of various climate change scenarios on these populations.

Armed with this knowledge, the project will explore options for future conservation plans, catchment management strategies and input into water resources and climate change policy. This is in the hope that we may be able to halt, and perhaps even reverse (in some cases), the damaging effects that years of ‘swimming upstream’ has had on our fynbos fish.

In addition to addressing climate change adaptation from a species protection point-of-view, TMF has, since 2009, placed significant emphasis on land-protection investments that will give ecosystems in the fynbos biome the best chance of adapting to a changing climate. This has meant identifying specific ‘climate change adaptation’ landscape corridors, and setting out to ensure that these zones are maintained in a natural or semi-natural state. Significant strides have been made in the right direction, by means of land acquisition and formal land protection via Biodiversity Stewardship. These corridors have also, over time, been incorporated into provincial systematic biodiversity plans, which have gone on to influence land-use planning and decision-making by all role players in the fynbos biome.