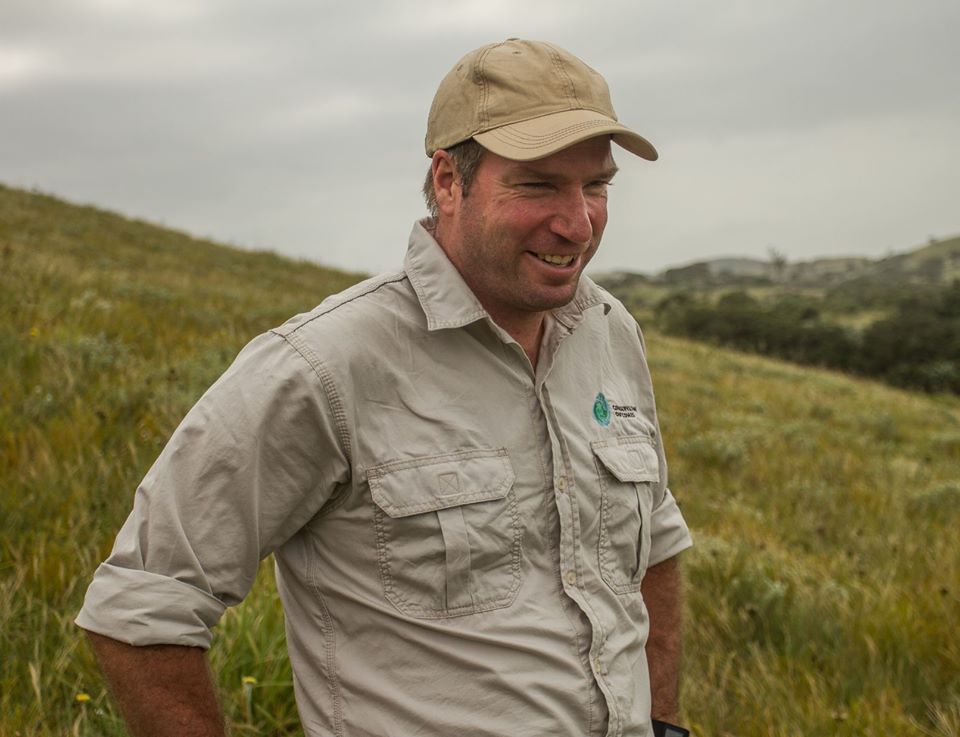 Kevin is currently one of the Founders and Directors of Conservation Outcomes, a not-for-profit organisation established to support landowners, of all types, in securing their properties as protected areas, through the biodiversity stewardship approach. His current work is focused in KwaZulu-Natal, and the Eastern and Western Cape provinces, where he implements and supports a range of conservation projects, the primary being the TMF-funded Greater Kromme Stewardship project in the Eastern Cape and the Western Cape Private Nature Reserve Regularisation Project, in partnership with CapeNature.

Kevin is an experienced conservation manager, holding a MSc degree in Zoology and Ecology from the University of Witwatersrand (completed in 1993). Prior to co-founding Conservation Outcomes, he was Deputy Director with the Wildlands Conservation Trust, coordinating their Conservation SPACE (Species, People And Conservation of the Environment) programme, focusing on the establishment of and support to community conservation areas within KwaZulu-Natal.  He was responsible for supporting the management of 80,000 ha of community conservation areas, ensuring local community employment, training and capacity building, and the development of viable conservation orientated businesses for these communities.  He was also responsible for Wildlands’ various species conservation programmes, including Rhino conservation interventions, Wild Dog conservation programmes in Zululand and the Bearded Vulture work in the Maloti-Drakensberg Park.  He also managed the implementation of a number of grant funds (collectively to the value of R10 million per annum), including the CEPF funded Maputaland-Pondoland-Albany Hotspot Fund, the Capital Conservation Fund and the Wild Series funds, which provided grant funding to civil society organisations for conservation projects.

“More and more we are seeing and understanding the value of protected areas, the important values they provide us on a daily basis. For this reason it has become extremely important to ensure that the network of private nature reserves in the Western Cape are legally secure, the landowners understand their responsibilities, and they gain benefits from these protected areas. Partnering with CapeNature and TMF in this work we believe is making a meaningful contribution to the protected area estate of the country and better integrating the contributions private landowners are making in securing important Fynbos habitat in the province.”