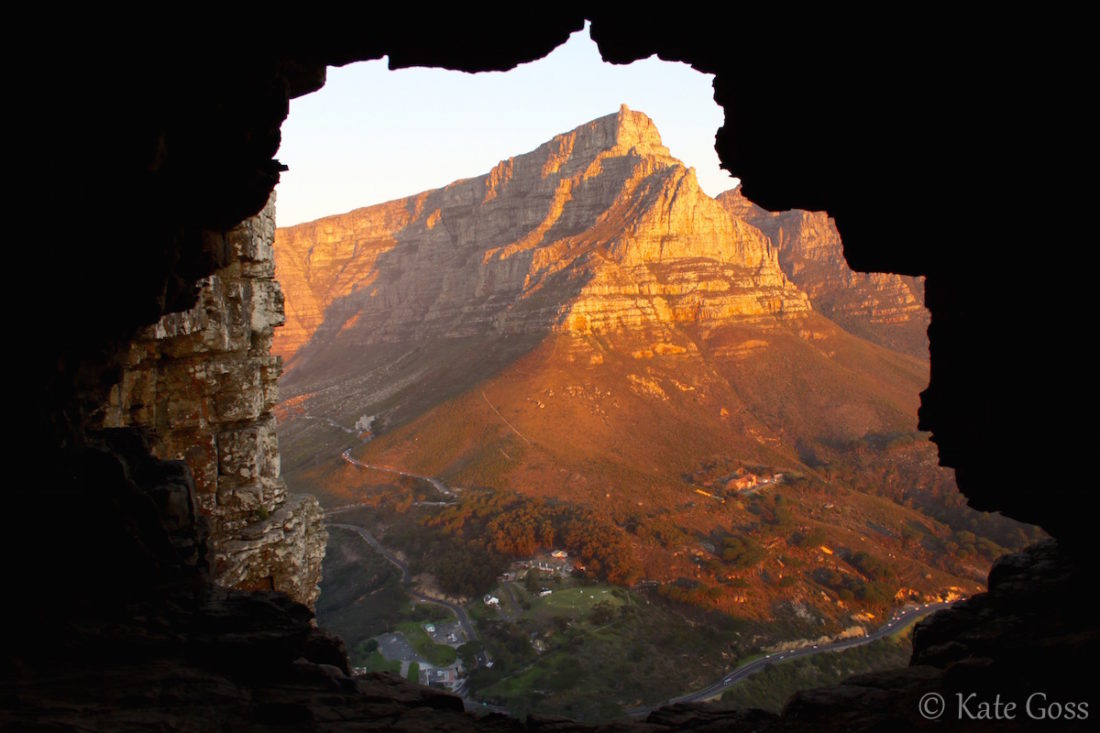 That unmistakable picture postcard view of Table Mountain framed by the craggy, silhouetted edges of Wally’s Cave has manifested itself across Cape Town’s blogs and newsfeeds in recent years, most often followed by a barrage of comments such as ‘Is this the mysterious Wally’s Cave?’ and ‘How does one find this place?’

Well, we found it one evening not so long ago. I was coaxed up Lion’s Head under the auspices of a casual sundowner overlooking the ocean and on the way up diverted onto a steep, rocky path which appeared to lead… well, up the sheer face of Lion’s Head. Having uttered a few choice words about not having worn the right shoes for a mission of these proportions, I soon ate my words as we plateaued out onto what I would consider one of the most magnificent spots in Cape Town.

We were the only people there and we perched at the entrance of the cave to enjoy the view. The sunset cast a rich, golden filter across Table Mountain’s Kloof Corner and the Twelve Apostles as we parked off on the flat rocks and enjoyed a drink. The important thing was that we felt like we were the first and last people ever there.

In the days following our little mission, I expounded to friends about our visit to Wally’s Cave, spoken like a true local. But as I continued to bandy his name about, the question niggling incessantly in the back of my mind was: Who was this Wally character? And why was this his cave?

So I did a bit of reading and found, unsurprisingly, that others had been just as curious about this legend as I was. And this is what I found…

“No complaints, life is good to me” were some of Wally Struthers’ most frequently uttered words. 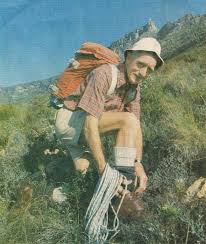 Born in 1909 in Hackney, England, Wally immigrated to Cape Town in his youth, where he joined the 1sr Observatory Scout Troop in 1925. Over years and years from then on, he proceeded to move up the ranks to become a King Scout, Rover Scout and then Assistant Scout Master, all of which involved much gallivanting across the Cape’s mountains and demonstrations of all forms of ‘being prepared,’ in true scout style.

It comes as no surprise then, that Wally’s other burning passion was the mountains of the Cape. He was a life member of both the Scott Mountain Club (SMC) and Mountain Club of SA (MCSA), the fellows of which referred to him affectionately as ‘Uncle Wally’. He was lauded by those who knew him for his exceptionally positive outlook on life and for being an incredibly fit and healthy man – even until he reached 100 years old! Legend has it that he was featured in numerous newspaper articles over the decades, attributing the secret of good health in old age to the positive effects of exercise. To give you an idea, Wally was still climbing Table Mountain 4 times a week at the age of 73!

During his time spent exploring Table Mountain, Lions Head and Kirstenbosch, Wally made it his mission to build up water pools and sheltered caves on the mountain – which brings us full circle to the wonderful Wally’s Cave that we know today.

Wally passed away in his 104th year on 2 May 2013. Thank you ‘Uncle Wally’ for uncovering incredible places like this for us to escape to.