Western Cape Wildfires: How do we future-proof? 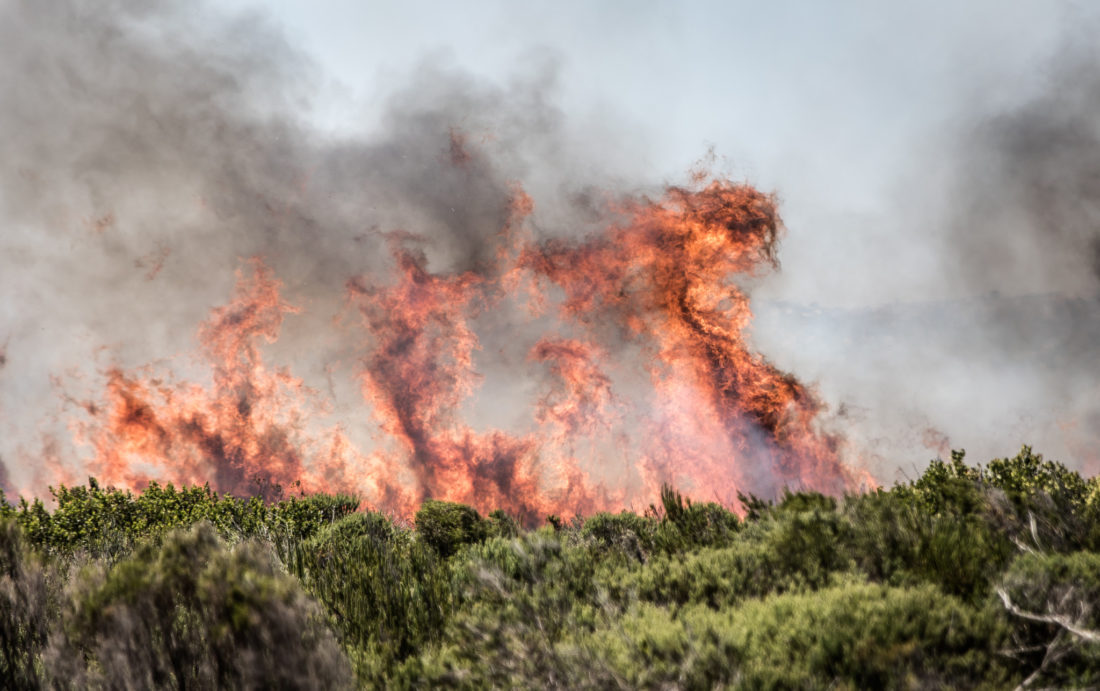 Western Cape Wildfires: How do we future-proof?

After another spate of fires consumed the Western Cape last week, our fire protection services have once again had their work cut out for them. While the teams on the ground tackled blaze after blaze, what we (the general public) see and hear via the media is a depiction of the immediate crises – the story of each individual fire, what might have caused it, what damage it’s inflicting, and how it’s being responded to.

We sum up the collective chaos, overlay it onto last year’s crippling summer and the devastating 2015 fires before that, and, with growing concern, ask ourselves: ‘Who is doing something about this? What are the plans to manage this situation moving forward?’

As the spotlight tends to fall on the immediacy of the crises and the reactive role that our fire services fulfil (understandably; they deserve every credit received), many of us aren’t aware of the long-term contingency planning and strategising that’s happening ‘behind-the-scenes’, in an effort to manage the situation with a more considered and deliberate approach.

How is TMF involved?

The Table Mountain Fund is currently a driving force behind four different projects that focus on fire mitigation, risk reduction and fire management in various regions of the Western Cape. They focus mostly on high-risk hotspots called wildland-urban interfaces (WUI’s), which result from increasing urban expansion into fire-prone areas.

One project that is currently being executed by the Greater Cederberg Fire Protection Association  (GCFPA) aims to improve fire data management within the GCFPA as well as the Southern Cape FPA. This means setting up a GIS (geographic information system) database that will collect and store all fire-related data for these areas, allowing future fire and fire risk management decisions to be better informed.

Another, being implemented by NCC Environmental Services, aims to identify and assess all veld fire risks that arise from the urban interface within the North Ward of the Cape Peninsula Fire Protection Association (CPFPA). With this knowledge, a plan can be developed to better manage these risks.

A third and similar project also being executed by NCC Environmental Services, funded by Volunteer Wildfire Services (VWS) and soon to kick off in February, involves the identifying, mapping and prioritizing of wildfire risks in the CPFPA West Ward. The plan is to create a single, ‘concrete’ database that can be made publically available to individual landowners and other interested stakeholders, making them aware of the risks, as well as defensible spaces and asset protection zones that might exist on their properties.

The fourth project, funded via a donation by Nedbank, is based on an entirely different prong of attack: education. The aim is to reach out to communities living in and alongside the Groenlandberg Conservancy (Elgin-Grabouw area), to raise awareness around being ‘firewise’ and the risk of habitat destruction from wildfires. By encouraging children to have an appreciation for these issues, the hope is that they will be more likely to play a role as custodians of their natural environment, reporting on fire risks and avoiding fire-prone activities.

What’s to be gained?

Measuring the immediate impact of this kind of project is an enormous challenge (one cannot know what the extent of this summer’s fires might have been without the current risk mitigation efforts and management plans in place). However, TMF is working on monitoring and evaluation methods that should, in time and with enough data, allow measurable impacts to be tracked. These projects are not overnight solutions; they require a future-focused outlook and investment in a long-term outcome. But there’s no doubt that better access to reliable data, full information on possible risks, and well thought-out action plans can only contribute positively in the long run.

One encouraging outcome already coming to bear is the growth of constructive collaborations and partnerships. One tends to assume that the fleets of helicopters and fire engines tending to crises are all dispatched by one authority, but the scale of some of the fires we have experienced requires something greater. It requires a significant collaborative effort that pulls together multiple organisations, alongside the City of Cape Town and Cape Nature, to save assets and lives. For this, you need a plan.