The Wild Almond – a little piece of South Africa’s history 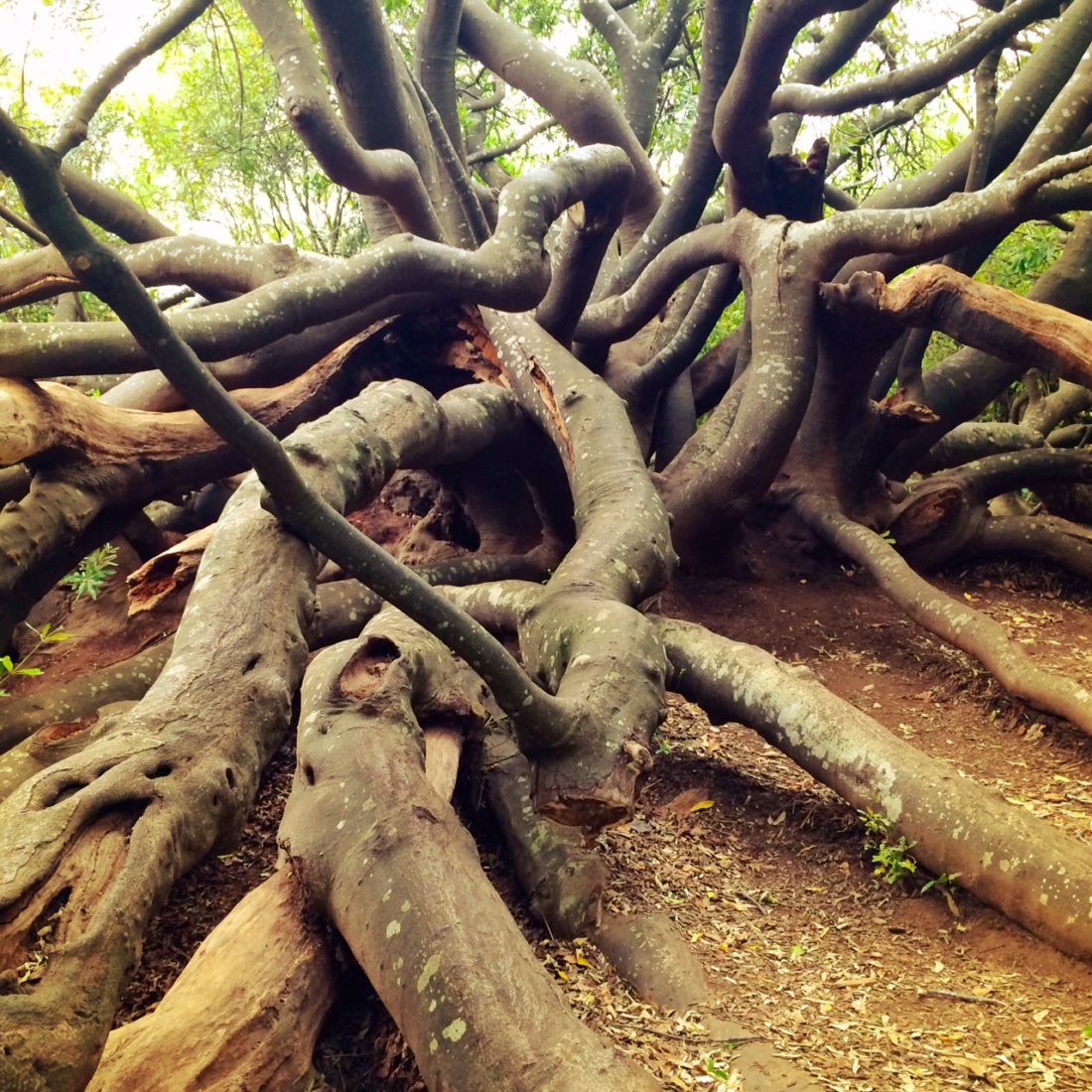 September 23, 2016 In Icons of the CFK, Introductory Series By Sarah-Leigh Watson

The Wild Almond – a little piece of South Africa’s history

As we gear up to celebrate Heritage Day tomorrow it seems fitting for us to think back across the centuries to what has shaped our nation. We have a diverse and often volatile history which has,over the centuries, seen a number of wars (generally disputes over land between indigenous people, settlers and colonisers) fought on our soil, but have you ever wondered how these events may have shaped and affected our natural world – our plants and animals?

Brabejum stellatifolium, otherwise known as the Wild Almond, is one such plant which has played a significant role in Cape Town’s heritage, forming the base of the infamous Van Riebeeck’s Hedge.

In 1652 Jan van Ribeeck arrived in the Cape from Holland to set up a refreshment station for passing VOC (Dutch East India Company) ships. There was little regard for the local KhoiKhoi who used the area chosen for the settlement for grazing their cattle, therefore conflict soon broke out. To add to the problem many Wild Almond Trees, the fruit of which formed a significant part of the KhoiKhoi diet, grew within the settlement area; unsurprisingly the locals regularly breached  the settlement “borders” to gain access to th fruit. In 1659, to prevent the KhoiKhoi from entering the settlement area, Van Riebeeck began work on a defensive barrier. This started out as a wooden fence with watch towers along its length, which ran from Salt River, through Rondebosch to Kirstenbosch. The deeper parts of the Liesbeeck River were also used as part of the defence. As construction was taking too long a hedge of indigenous Wild Almond trees was planted between the Liesbeeck River and Kirstenbosch, this became known as Van Riebeeck’s Hedge. Today some of these Wild Almond Trees still stand at Kirstenbosch, and serve as a reminder of past disputes over land.  While apartheid was still “officially” a long time coming, for some  this barrier symbolises  its beginnings.

About the Wild Almond:

The Wild Almond is a member of the Protea family (Proteaceae), with its closest living relative being the Australian Macadamia Tree. This unusual link points back millions of year to when Australia and Africa both formed part of the continent Gondwana. When Gondwana split up, over 130 million years ago, the Protea Family was split up and Brabejum is now the only surviving branch of this family tree on the African continent.

Found in thickets along streams, the Wild Almond is a bushy tree with long narrow leaves that appear at intervals along the branches, usually in whorls of six.  The fruit, which appears in autumn, is magenta to reddish brown, similar to an almond.

What’s in a name?

While we associate the name with delicious nuts, these are definitely not for consumption as they are poisonous. The Khoikhoi, who included them as part of their diet, had discovered how to remove the poison from the fruit by soaking them in water for several days and then boiling and roasting them. The Khoikhoi were experts at this process and it definitely should not be tried at home! Until the settlers in the Cape learnt the KhoiKhoi way of preparing the Wild Almond fruit as a sort of “coffee”, many individuals were poisoned and died from consuming it.