The story of ‘Chappies’: How Chapman’s Peak Drive came to be 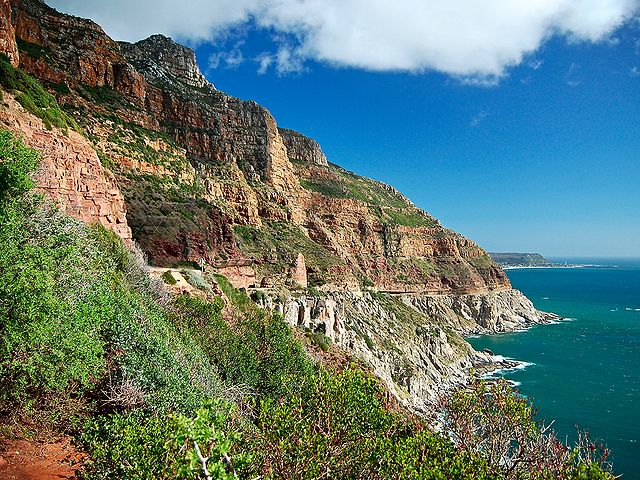 The story of ‘Chappies’: How Chapman’s Peak Drive came to be

An afternoon meander on Chapman’s Peak Drive has become something of an institution in the Cape. Cut into the towering coastal cliffs between Hout Bay and Noordhoek, this iconic mountain pass boasts some of the most spectacular ‘out-the-car-window’ views in the world. Its status as a top Cape tourist attraction is well justified.

Despite its prominence on the tourist map, ‘Chappies’ has remained a well-frequented spot for locals too. It’s a familiar go-to for sundowners, picnics, runs and cycle rides, afternoon drives, or somewhere to sit and think. Though a nominal maintenance toll has been applied in recent years, the pass remains very accessible to South Africans.

No matter how many times you’ve done it, a drive along Chapman’s Peak is guaranteed to stop you in your tracks. With each hairpin bend, the sheer plunge down to the ocean and cut-away craggy cliffs make it impossible not to wonder how this impressive engineering feat came about…

A fitting place to start is with Chapman himself.

John Chapman was a ship’s pilot who sailed aboard an English ship named the Consent. In 1607, when the ship found itself stranded in waters near Hout Bay, the captain ordered Chapman to row ashore in search of provisions. As Chapman did so, he recorded the bay as Chapman’s Chaunce (chance) – a name which stuck, and became well-known on the East India trade maps.

Sir Nicolaas Frederik de Waal, administrator of the Cape province at the time, ordered the construction of a thoroughfare linking the city of Cape Town to the Southern Suburbs. This was a great success – the De Waal Drive we know today. Bitten by the highway bug, De Waal then saw an another opportunity to build a road linking Hout Bay and Noordhoek – but this was not to be as simple as the first.

There were two possible routes for the desired thoroughfare: one running inland over the nek between Chapman’s and Noordhoek peaks, and one which ran along the steep sea cliffs. Teams began to survey the potential sites in 1910 – a dangerous task with steep cliffs and ravines – and soon pronounced the task ‘a mission impossible.’ But De Waal was not the ‘no for an answer’ type, and he ordered the go-ahead on the cliff road without further delay.

Chapman’s Peak Drive was opened to traffic on 6 May 1922. The pass had been cleverly engineered, using the 630 million year-old, hard Cape Granite Contour as the basis for the road surface, and the softer Malmesbury sediments to carve the roadway into the cliffs. Following the road’s opening, it was widened in 1962, and in 1977 a bridge was built when a section of the road washed away.

Between then and now

The road has seen a tumultuous history, with rock falls and mudslides a serious unforeseen hazard for motorists. Sadly, four deaths and numerous severe injuries happened on the road between 1998 and 2000, prompting its closure, in order to reinforce all rock fall protection measures. International best practice was considered, implementing a half tunnel, catch fences, slope stabilisation and canopy structures, and in 2004, Chapman’s Peak Drive received an award for excellence in rock fall protection. It was closed a few times following this due to high intensity rainfall and other serious weather conditions – and major upgrades and repairs – but since it’s last re-opening on the 9th October 2009, the pass has remained open.

100 years down the track

If De Waal had known that his brainchild would lead to so many years (about 100 in fact) of ongoing engineering and re-engineering, would he have pushed as hard as he did for it? I think so; he had imagined the unparalleled experience that could be gained from driving over Chapman’s Peak, and this was not something that could be foregone. 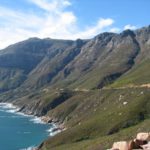 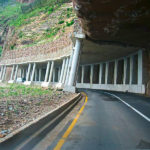 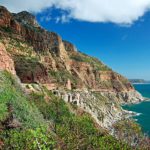