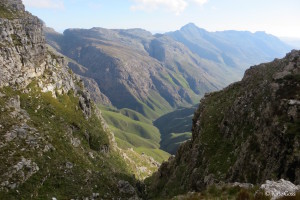 An icy gust of wind flapped open the neck of my jacket. First thought: why hadn’t I brought the one with the hood? Second: had I died and gone to heaven?

The view below us was extraordinary. In one direction, we looked up towards Mordor – rugged mountain peaks stretching up into the sky, yellow-grey shards of sunlight streaking to the ground, and the landscape a combination of lead and emerald: steel-grey cliffs with pockets of greenery interspersed. Down in the valley, the snaking Berg River was framed by steep inclines on either side: a tiny highland stream at its source, and a shimmering serpent in the valley below. Turning full circle, we could see the tiny path on which we had come, weaving its way through a vast valley with mammoth mountains on either side and smooth, grassy ridges leading to the valley floor.

Earlier that day we had driven just a few kilometres outside of Stellenbosch to ‘stretch our legs and find some waterfalls’. In doing so, we had discovered one of the most spectacular hikes in the Western Cape.

Cape Nature’s Jonkershoek Nature Reserve covers about 9800ha. It is home to the magnificent Jonkershoek Mountains (part of the Boland Mountain Range) and to the source of the Berg, Lourens, Eerste and Riviersonderend Rivers. Rich with pristine fynbos (some areas in rejuvenation after severe fires last year), the Reserve boasts more than 1100 plant species, several of which are either rare or endemic to the area. A few of the more notable ones include the Protea repens, Protea neriifolia, mountain cypress (Widdringtonia nodiflora) and a wide variety of ericas and restios.

The Jonkershoek Panorama Trail explores this wild and pristine space with a 17km, circular route that can be hiked in both directions. Although challenging, the trail has so many exciting nuggets to be discovered along the way.

If you decide to walk anti-clockwise, the trail starts off winding along the Eerste River, climbing gradually, with lush fynbos stretching up the surrounding slopes and an imposing amphitheater ahead. A quick detour off the path and into a forested gorge reveals Eerste Waterval (First Waterfall), and a little further along, a steeper mission up a narrow, mossy ravine leads to the base of Tweede Waterval*. The path then ascends in a steep, rocky scramble right up to Kurktrekker Nek – which is where the vistas begin. You can take a short detour up Guardian Peak which overlooks much of the Cape Peninsula, all the way from Table Mountain to Cape Point. The path then traverses across Dwarsberg Plateau until it descends steeply to the Bergrivier Nek, where the panoramas are at their most dramatic. From here the trail zigzags steeply down the nek and follows the contour below Banghoek and Third Ridge peaks, leading you back to the base of the valley.

Given that we are so spoilt for choice in the Western Cape and there are countless mountain trails worth a mention, what exactly was it that grabbed us about this one? Perhaps the deluge of pictures I snapped will go some way towards explaining, but ultimately it comes down to the trail’s exceptional diversity. We were led along rocky river paths and protea-covered slopes; up moist kloofs to gushing waterfalls; along exposed, grassy ridges and over lichen-covered rocks in the shade of giant trees; up steep, stony inclines; alongside grey, craggy cliffs; over windswept saddles and up to lofty peaks. All in one afternoon.

As far as Western Cape hikes go, this one’s pushing the top of our list. See you there?

To find out more about the reserve and the hike, visit Cape Nature.

*NB: Please note that the dangerous ascent to this waterfall is closed, following a number of recent accidents as hikers have attempted the climb. It is safe to hike only a short way up the gorge to a small waterfall at its base. 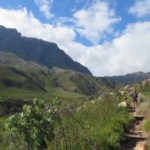 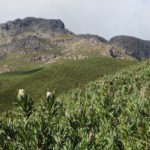 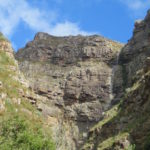 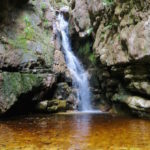 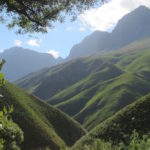 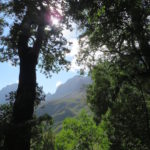 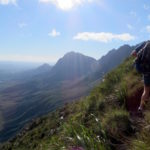 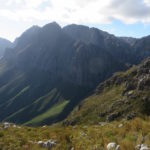 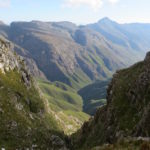 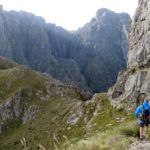 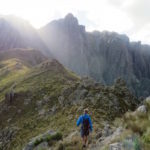 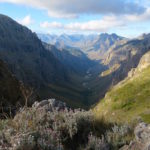 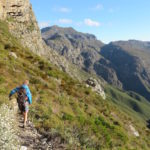 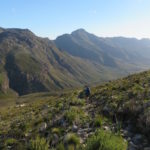