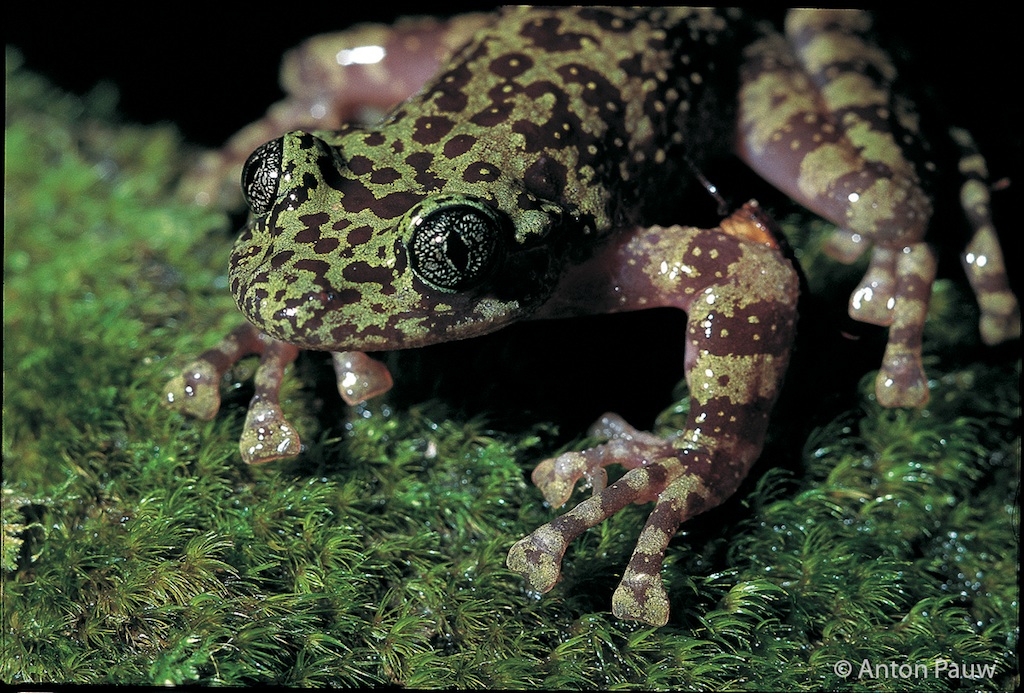 In this month’s Introductory Series we introduce you to another of Table Mountain’s rare and mysterious species, namely the Table Mountain Ghost Frog, a rare and secretive creature of darkness.

Few people will be lucky enough to ever see a Table Mountain Ghost Frog (Heleophryne rosei). This extremely rare frog is restricted to an area less than 8km2 (a total of only seven streams) on the east and south facing slopes of Table Mountain, and nowhere else in the World. The frog hides in deep rock cracks and caves during the day, and only appears at night to feed.

Their physiology is sophisticated, allowing them to comfortably exist in their unique habitat. These frogs are able to climb vertical rock faces with the help of suction pads on their toes and minute projections on their skin which grip like velcro. Their unusual tadpoles take more than a year to mature, and have huge mouth suckers that ensure that the tadpoles are not dislodged from their rocks during midwinter torrents.

While the Table Mountain Ghost Frog’s range occurs within the protected Table Mountain National Park, they are still considered critically endangered because of their extremely small global distribution and sensitivity to both terrestrial and aquatic changes. They are intolerant of silt and chemical pollution, requiring clean, flowing and well oxygenated water – a major incentive to keep Table Mountain’s rivers in pristine condition.