Species in Focus – The Bontebok: 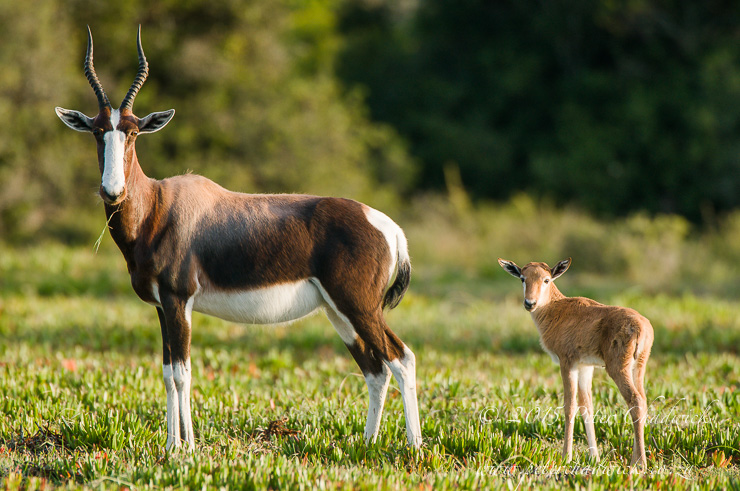 Species in Focus – The Bontebok:

Historically confined to the coastal plains of the Western Cape, the Bontebok was almost brought to extinction by overhunting. With a remaining population of less than 20 animals, a few farming families on the Agulhas Plain near Bredasdorp started to protect it in the mid 19th century and populations have now slowly recovered to over 2500 animals. The largest single population is in the De Hoop Nature Reserve, and adjacent Overberg Test Range, with some 700 animals being found there. Today, the greatest threat to its long-term survival is hybridization with the much more numerous Blesbok. Strict conservation legislation is in place to prevent this hybridization.

The Blesbok and Bontebok are separate distinct sub-species and the Bontebok may be identified from the similar looking Blesbok by its rich dark brown coat, white rump and white unbroken blaze on its forehead that narrows between the eyes. Rams hold territories throughout the year, with the annual rut taking place from January to March each year. Ewes and lamb groups wander freely with most lambs being dropped between September and October, after a gestation period of approximately 240 days.

Most active during the early morning and evening, when they feed on short grasses, the Bontebok will characteristically stand head-down in groups facing the sun in the heat of the day.