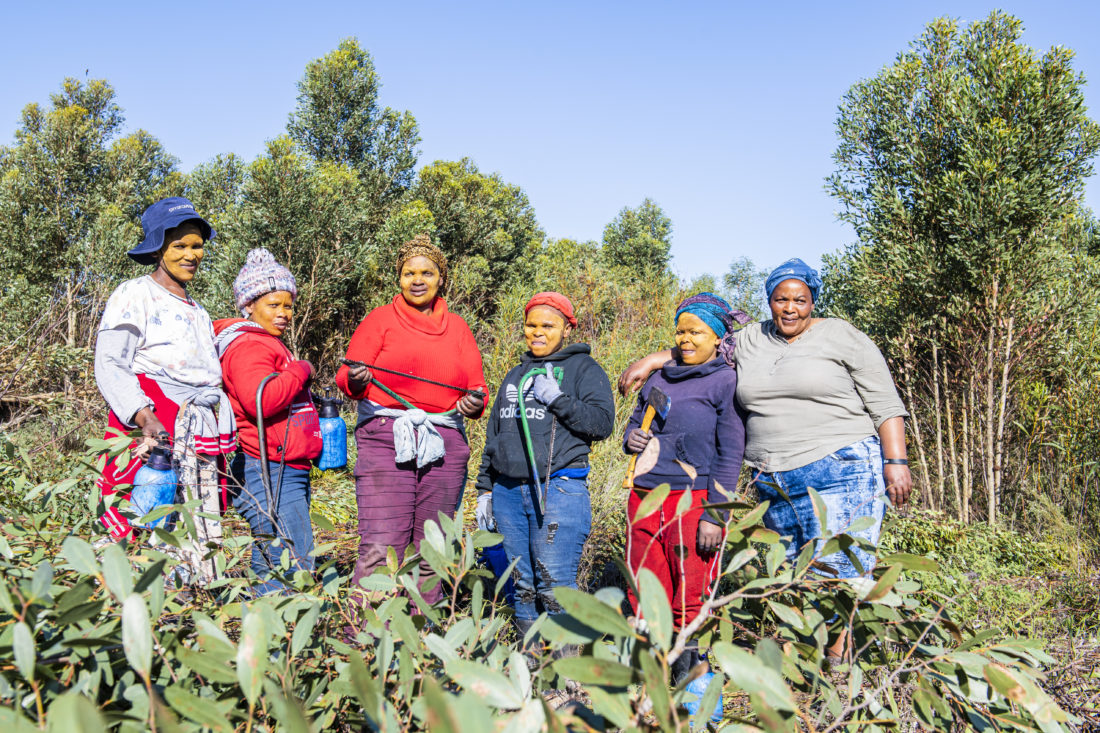 March 8, 2020 In Women in Conservation By Table Mountain Fund

The conservation sector used to be dominated by males. But not anymore. Today the conservation community includes inspiring women, from young, upcoming environmental workers, to well-established leaders in the sector.

Still, it’s not always without challenges. These women work to better understand and protect our natural world. But in many instances, they also have to convince a male-dominated audience that they’re to be taken seriously.

The Table Mountain Fund has over the years worked with and funded women who are fearless – often in the face of prejudice and contempt.

Here are four of these women who continue to serve as a voice for nature, in spite of this: 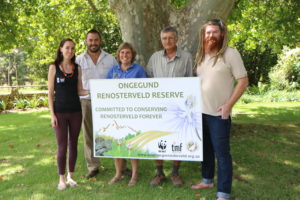 Odette (40) works to protect Critically Endangered Renosterveld landscapes in the Overberg. Much of the Overbergwas oncecovered in Renosterveld. Due to habitat transformation, and in particular, agricultural expansion, only around five percent remains today.

She started researching Renosterveld management in 2007. And in 2012, she started the Overberg Renosterveld Conservation Trust. Here Odette and her team work primarily with farmers, to encourage good Renosterveld management. She says, “I’ve never been a great feminist. But as an English woman, working in a male-dominated farming landscape, there are enormous challenges. There is still that awareness that we are different.”

She stays positive in the face of continued habitat loss by surrounding herself with positive, like-minded people. “Also, I like being out in the veld, to remind myself why we do what we do. Here I can see the delicate ecosystem we’re focused on. They need us, and that keeps me going. And having my own child now. That has made me fight harder. I see the world she has to grow up in, and it’s scarier now. I feel responsible to make it a better place.”

Princess Kutuka and her team: 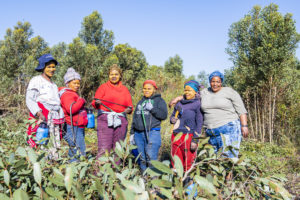 Princess (52) has worked as an alien clearing contractor since 2005. Today she runs a team of ten women who clear invasive plants on the Walker Bay Fynbos Conservancy, close to Africa’s southernmost tip.

The team takes on the physical challenges of their work like their male peers – including chainsaw operations to fell towering invasive trees in a part of the world heavily infested by these species.

Princess says, “Many people can’t do this job. I’m happy working only with women. They work very hard and get a lot of work done for you.”

She also loves the physicality of the job, because of the environmental and economic benefits she can see. “We do this for our Fynbos, so that it can grow again. And for our nature. There are lots of invasive trees, and we must take them out. That allows people to pick the Fynbos to sell it. And visitors can come to our region to look at the flowers, which brings money to the region.” 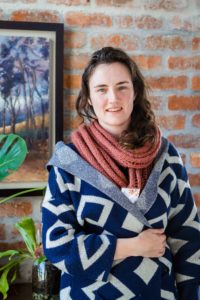 Frances (33) discovered some of the challenges women face in conservation in her ability to support Fynbos gardens in Cape Town communities. She is the co-founder and Director of Communitree, a non-profit organisation focused on greening cities.

“I work in public open species, so there’s a freedom of mobility that men have in public open spaces that’s not as easy for women. That leaves you dependent on men to chaperone you through to spaces. Also, in community-based conservation, there’s definitely the expectation that you don’t have the scientific authority over things. You have to prove yourself.”

To address these, Frances emphasises the importance of alliances – especially with other women. “Watch out for these micro aggressions and structural issues within the politics of the sphere. There will be times that you fall out with these boys’ groups. So make women your allies and be sure to stick to that and be loyal to that.” 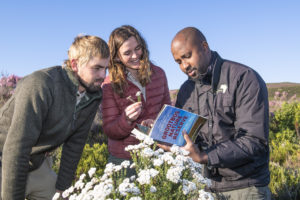 For 24-year old Rebecca, the days of gender inequality are long passed. “When I look at some of the most inspiring people in conservation, they are women.”

Still, some barriers remain for her, as a woman dealing with a male-dominated audience. Rebecca works as a plant conservationist at the Grootbos Foundation. She works with landowners in the Agulhas Plain, to promote Fynbos conservation.

“Working within the agricultural sector as a Fynbos conservationist can be extremely challenging,” she says, in particular in working with generation farmers. “But it’s a pinnacle point seeing the mind-set change in people towards their veld. Seeing those beautiful flowers the next year is what really motivates me.”

The best advice she has ever received? “The future of the planet concerns all of us, and we should all do what we can to protect it. While your efforts may feel small, they are all steps in saving what’s left.”