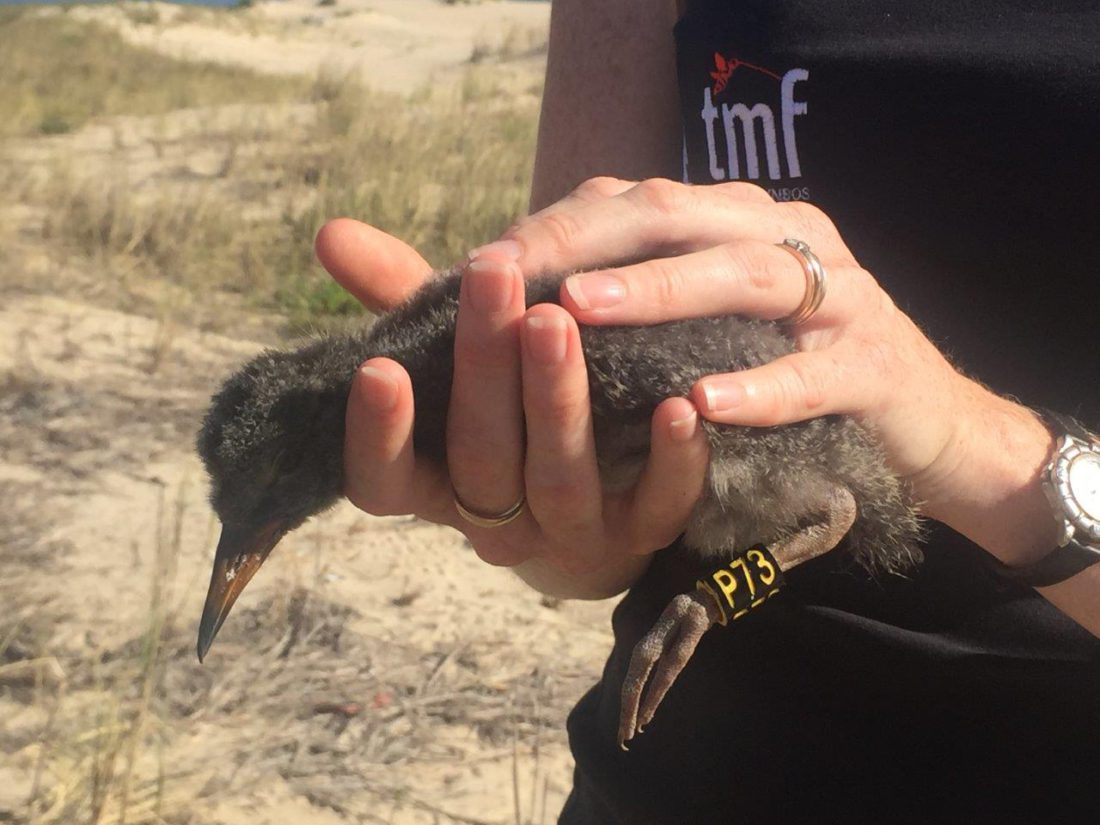 The Nature’s Valley Trust (NVT) runs a programme called our Coastal Impact Programme, through which, with funding from the Table Mountain Fund and other sources, they have been able to assess the impact that we as people have on coastal biodiversity, and to seek novel ways of mitigating these effects. They firmly believe that through a combination of high quality research programmes, and target specific education and awareness programmes, that people can co-exist with biodiversity along our coastline – sharing the shores. Their approach is to be non-confrontational, using education as a tool to highlight NVT’s research results, enabling people to be more aware of the impact certain behaviours have on specific wildlife, and empowering them to choose to adjust their behaviour. To achieve this, NVT run three projects under this banner – Shorebirds, Shore-based Fishing and Beach Litter. #ShareTheShores

For the last three summers, NVT have been assessing the impact of dogs and people on breeding birds on beaches along 25km of coastline, from Plettenberg Bay to Nature’s Valley. Their work initially focussed on Kelp Gulls and African Black Oystercatchers, but now mostly looks at the cryptic but very cute White-fronted Plover, an unassuming, relatively common species that has undergone rapid decline without anyone noticing. Recent data indicates a 40% decline in numbers (70% decline in density!) in the Western Cape, over just the last 30 years. Their data from the last three summers shows an overall breeding success of less than 10% – which is exceptionally low! Following global trends of beach breeding plovers, disturbance from dogs and people appear to be a large contributing factor. Using their data from the first two seasons, they have designed a series of mitigation programmes, or conservation intervention plans, that they have been trialling this summer. The TMF funding has enabled them to not only conduct high quality science, but to develop world class education and awareness material in the form of beach information boards, nesting area demarcation signs, pamphlets and high quality cartoon characters (Rocky the Oystercatcher and Sandy the Plover), which they have used extensively across a range of media and social media platforms, to bring about a better understanding of the impact people have on these birds and how we can reduce it.

NVT’s research team has collected 12 months of intensive data in partnership with fisherman in the region, and compared it to data from 12 years previously. This has revealed a serious decline in fishing effort, catch per unit effort, and size classes of all common species caught. Coupled with this their social data collected from the fisherman themselves reveal a positive attitude to regulations, but severe lack of knowledge about regulations (for example around 80% of fisherman interviewed indicate they obey regulations, yet 75% don’t know them when tested), and a lack of acceptance of their role in this decline. The data points to a poorly regulated, unsustainably fished region. Using TMF funds, and matching funds from other support sources, they have been able to develop high quality, locally relevant information packs to hand out to shore-based and boat-based fisherman. They are also about to use TMF funds to launch their first community based fishing club, with the goal being to develop a better understanding of the need for fishing regulations at community level, and to develop ownership and self-policing from within such communities.

For over a year, the NVT team has documented litter prevalent across the beaches in their region. An intense four-month study on one beach enabled them to highlight specific user groups that have contributed disproportionately more litter to the beaches than others. We now know that in Nature’s Valley fisherman make up around 10% of the beach users, but contribute at least 40% of the litter on the beach – and that excludes their food and beverage litter. They are addressing this in two ways: 1) they have set up fishermans bins at beach entrances, where members of the public can safely deposit fishing line, hooks, etc. they find while on the beach, and 2) will be using their fishing clubs to raise awareness of the effects of fishing related litter on beach biodiversity.

Collectively, the TMF funding has enabled NVT to conduct high quality research work on the beaches in the region, and empowered them to actually do something about it, in a locally relevant, professional and high impact way. NVT is certain that together, we can share the shores and continue enjoying the magnificent biodiversity along our coastline for years to come.

“NVT are running inspiring and dynamic awareness programmes which are informed by relevant research and which will hopefully lead to positive behaviour change. It is exciting to see the convergence of research and action.” – Carla Wood, TMF Project Coordinator