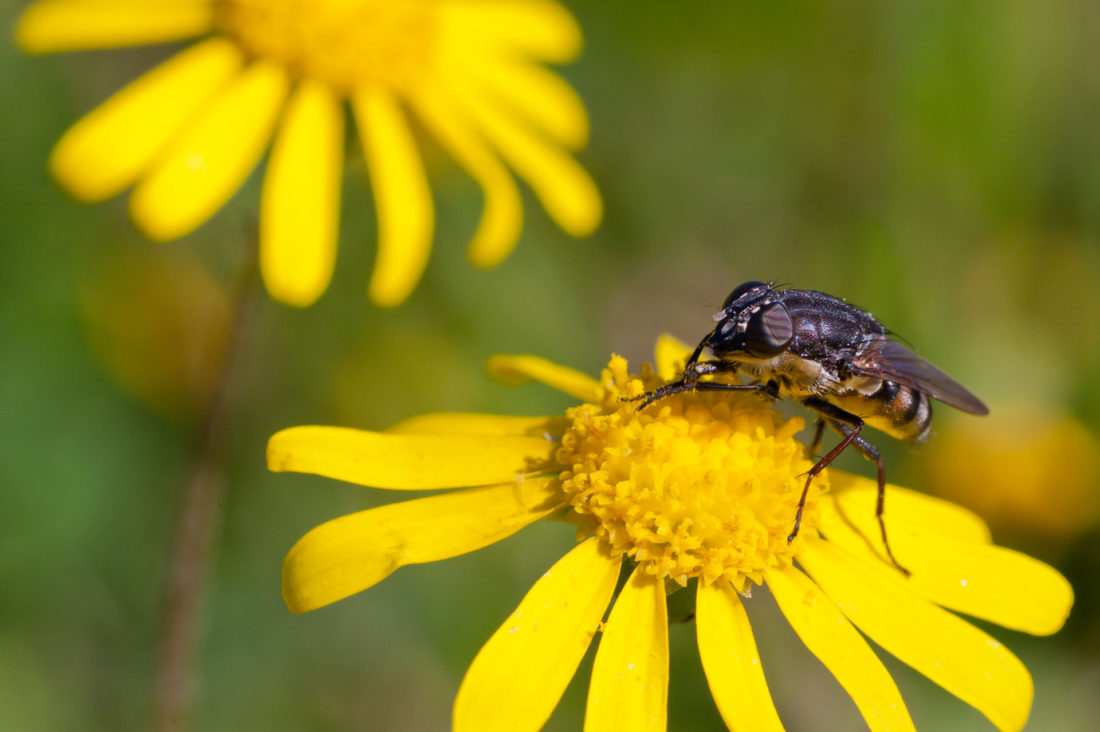 November 24, 2014 In Pollinators By Peter Chadwick

Insects, birds and mammals are crucial pollinators of fynbos plants! Recent studies have shown that these plants will go to extreme lengths to attract the attention of pollinators and this is particularly apparent amongst the geophytes that bloom just after fire when pollinators are particularly scarce.

It has been found that around 430 fynbos plant species are pollinated by birds and of these about 100 belong to the genus Erica and 79 to the family Proteaceae. The main bird pollinating species are the Cape Sugarbird and several of the sunbird species with the sugarbirds visiting as many as 300 protea flower heads every day during autumn and winter. In the Ericas, the tubular flowers of some species have strongly curved flowers that match the specific bill shape of the Orange-Breasted Sunbirds.

Insects are also major pollinators of the Fynbos and as much as 80 per cent of all Erica species are pollinated by a variety of insect species, with beetles, flies, bees, moths and butterflies being the main pollinators. As an example of the divergence of pollination, bees will pollinate the short urn-shaped Erica’s while long-proboscid flies are important pollinators of the long tubular flowered Ericas. Protea flower heads on the other hand, will often contain hundreds of insects of many different species all attempting to pollinate the flower heads.

This amazing diversity and competition to attract pollinators to flowering plants has been one of the driving forces of the evolution of the great diversity to be found within the Fynbos.