New challenge: Get to know your fynbos 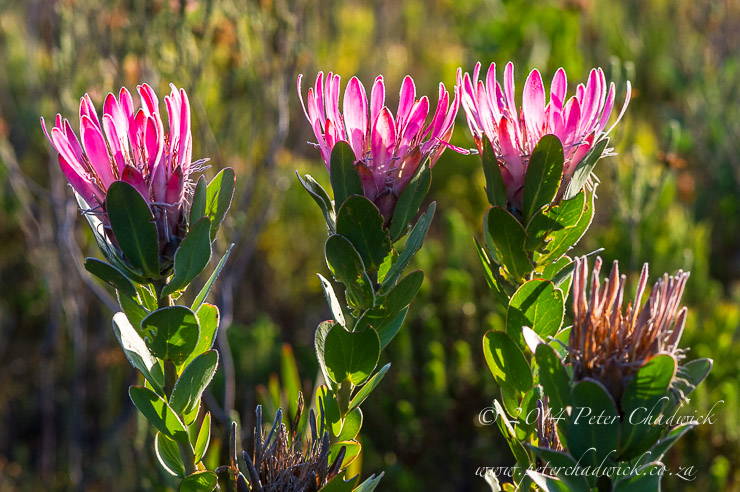 New challenge: Get to know your fynbos

One of the most awe-inspiring things about the Cape Floral Kingdom (CFK) is how much more there is to it than meets the eye. What could easily appear to be a monotonous carpet of dull scrubland is really just the opposite: an abundant plant paradise, brimming with botanical diversity richer than the Amazon Jungle.1

Of the world’s six floral kingdoms, the CFK is not only the richest, but also the smallest one, giving it the highest known concentration of plant species in the world.2 Isn’t it intriguing to think that Table Mountain alone supports more plant species than the entire United Kingdom?3 How exciting to know that right here on our doorstep we have a botanical wonderland that is so significant on the world stage.

The vegetation we know as ‘fynbos’ (originating from the Dutch word ‘fynbosch’ meaning fine-leaved plants) makes up 80% of the Cape Floral Kingdom. It boasts a whopping 8500 fynbos species, of which 6000 are found only in the Western Cape and nowhere else in the world.3

With these mind-blowing facts and figures in mind, I’ve decided it’s about time I got to know my fynbos: What are the key plant families? Which species are most prevalent? Which are the rare finds and which grow like weeds? Which are strikingly beautiful, and which are unexpectedly useful? What is the name of that beautiful flower I keep hopping over in the path?

Over the coming months, I’ll be focusing on some of the key species which many of us enjoy on the mountain so often, but actually know relatively little about. From Proteas and Irises, to Orchids and Vygies, I’ll be starting with the basics, so botanists and experts please see this as an open invitation to share any knowledge that may enrich the journey!

For those with an untrained eye, I hope you’ll find the series useful. I, for one, am eager to better understand this natural heritage of ours, and to add an exciting new dimension to my mountain experiences.

If you’re keen to join me, keep an eye out for the hashtag #KnowYourFynbos, and start allowing yourself to linger a little longer at each new plant along the path.