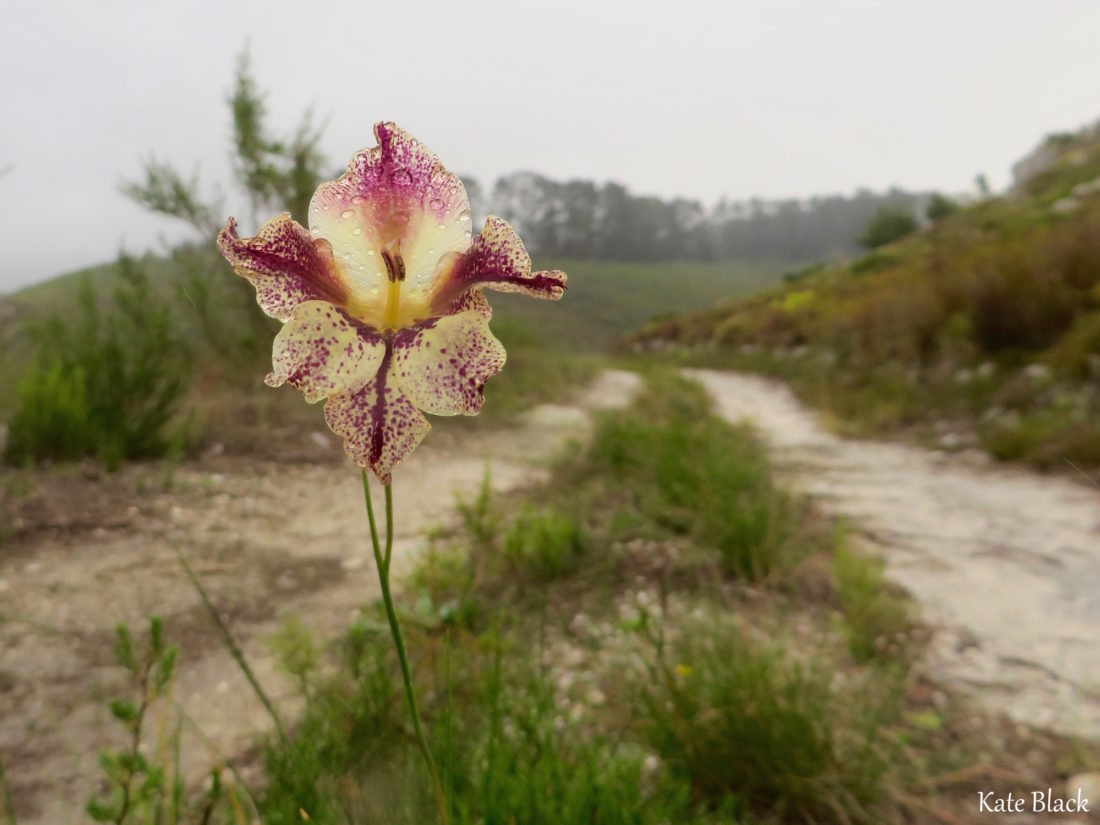 November 9, 2017 In Know Your Fynbos By Kate Black

A couple of months back, on a rainy-day hike in the Elgin area, I was lucky to put my foot down next to an exquisite flower called the Brown Afrikaner (Gladiolus maculatus). The buttercup-yellow and maroon-speckled treasure had popped up right in the middle of a dirt track, a soft silhouette of gentle frilled petals balanced on a fine green stem. As my first positive ID of a gladiolus, it set me on the hunt for some more.

Gladioli bear some of the prettiest flowers in the fynbos, with their soft petals and poised structure, in many ways not dissimilar to orchids. They form part of the iris family (Iridaceae) and are found in Asia, Mediterranean Europe, tropical Africa, and South Africa – but their center of origin and true home is the Cape Floristic Region.1