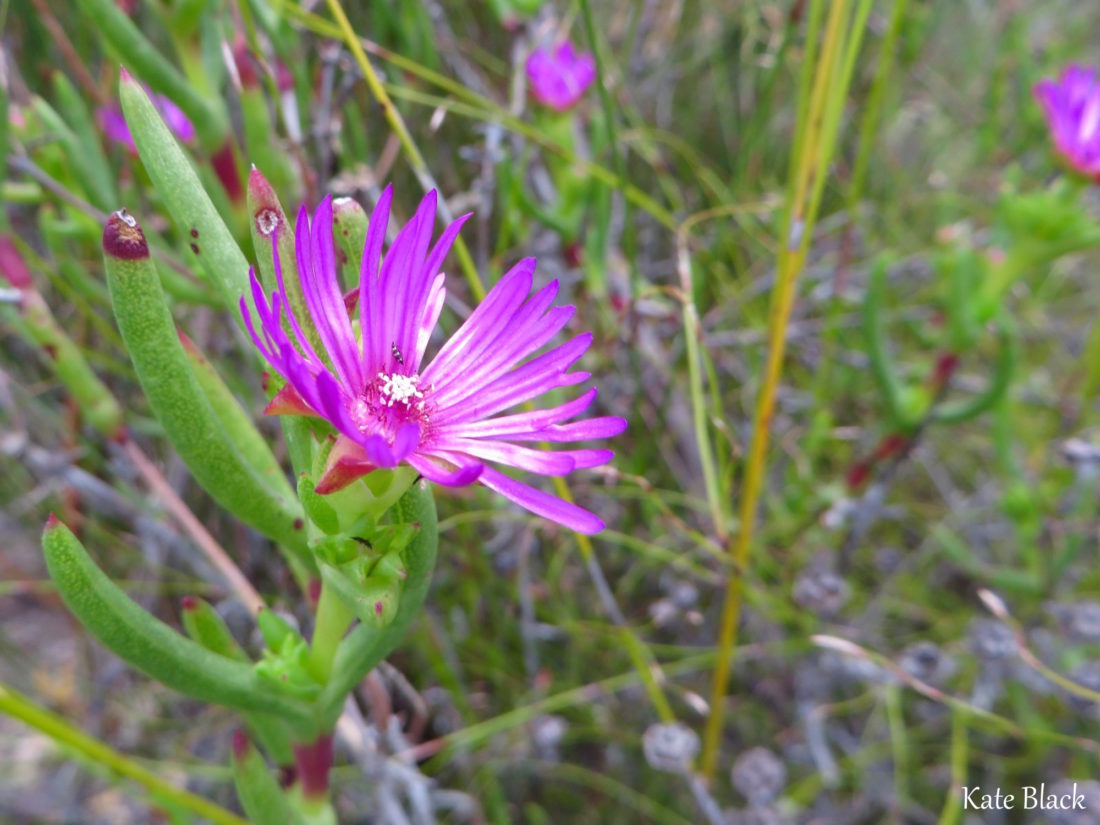 Like fireworks in the fynbos, once a year when spring arrives, thousands of vygies erupt in an explosive carnival of colour. Bees, butterflies and insects are drawn to the ‘bright lights’, as clusters of pink, purple, yellow, orange, red and white blossoms pop up across the Western Cape. What makes them all the more irresistible is their silky sheen; the daisy-like flowers of the vygie not only bloom in a brilliant array of colours; they have shiny – almost iridescent – petals, unlike any other in the Cape Floral Kingdom.

Say it with gusto: Vygie

The commonly used Afrikaans word ‘vygie’ rolls of the tongue easily (well, for South Africans at least). It translates literally to ‘small fig’, thanks to its fruiting capsule which resembles just that.1 Not as easy to pronounce is its English (Latin origin) counterpart, Mesembryanthemum, often shortened to ‘mesemb’ for this precise reason. The name Mesembryanthemum is rooted in the Greek words for ‘noon’ and ‘flower’, hence the plant’s other English name ‘midday flower’. Other names you might hear thrown about are ‘ice plant’ and ‘fig marigold.’

With more than 1600 species found in Southern Africa, vygies vary greatly in form, but there are a couple of special characteristics that’ll give you that ‘it’s a vygie’ feeling:

A quick allusion for those getting to grips with their fynbos families: while mesembs are often classified part of the family Aizoaceae, many taxonomists prefer to treat them as their own separate family Mesembryanthemaceae.2