Know Your Fynbos: Secrets of Serruria 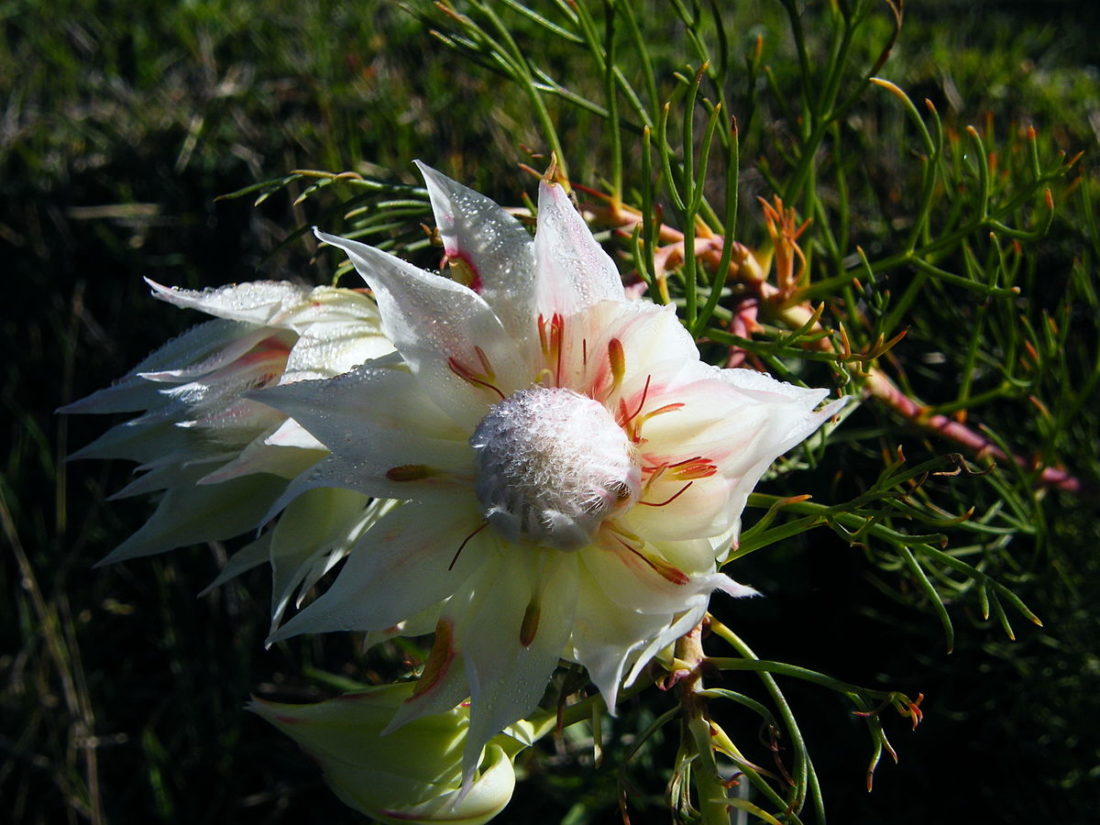 Know Your Fynbos: Secrets of Serruria

If Serruria doesn’t sound familiar to you, then the infinitely more romantic ‘blushing bride’ might. The Serruria genus (part of the Proteaceae family) boasts 55 species,1 of which the exquisite Serruria florida or blushing bride, is one.

The name ‘blushing bride’ is owed to folklore, and, like any good story, there are bounteous versions. The most enchanting one is based on the young French Huguenot farmers2 who would court their maidens, giving them a flower at each opportunity; ‘the deeper the shade of pink, the more imminent a proposal, causing the maiden to blush’.1 Another version rests on the custom that a young man would tuck a flower in his lapel when he was about to propose, a fuller shade of pink indicating a more devoted young man, and often a blushing bride-to-be. More practical origins suggest that the flower itself resembled a bridal gown or that the flowers were popularly used in bridal posies.1

Broadly speaking, the name Serruria is derived from the name of a botany professor – J. Serrurier – at the university of Utrecht in the Netherlands.1 Plants in this genus are commonly known as ‘curly spiderheads’,3 which makes absolute sense when you look at the majority of the species here.