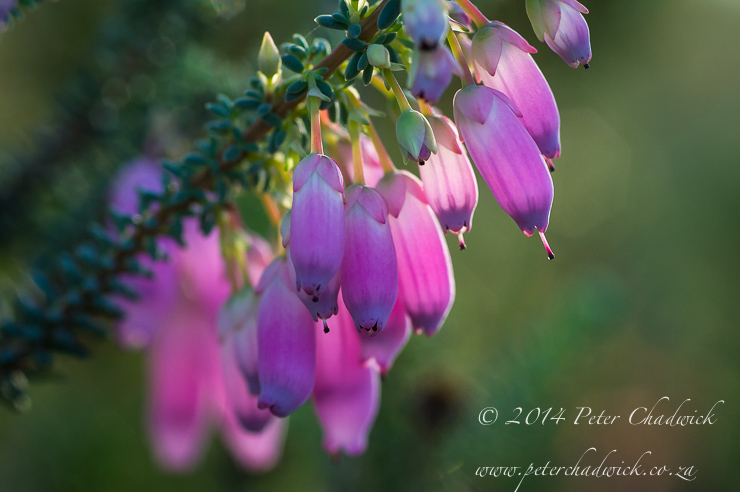 September 6, 2017 In Know Your Fynbos By Kate Black

I defy you not to love Ericas. One of the most exquisite plant genera in the Cape Floral Kingdom, and also the largest, the Erica genus is made up 860 species worldwide, and we are extraordinarily lucky to have 760 of those species here in South Africa (1).

Not just a pretty petal

The charm of Ericas lies in their delicately beautiful, bell or tubular-shaped flowers. The petite florets are so perfectly fashioned you’d be forgiven for thinking they might be artificial! But underlying this dainty exterior is one of the toughest plant species in the Cape Floristic Region. Ericas thrive in well-drained, low-nutrient soils, making them very hardy and drought resistant (an apt gardener’s choice in our water-stressed country).

Given the many kinds of Erica found across the Cape, individual species identification is a can of worms, but John Manning’s book ‘Field Guide to Fynbos’ is highly helpful in this regard. As a starting point, learn what traits are considered ericaceous – so that you can begin to point out the odd specimen on the mountainside: