Know your fynbos: Enamoured by everlastings 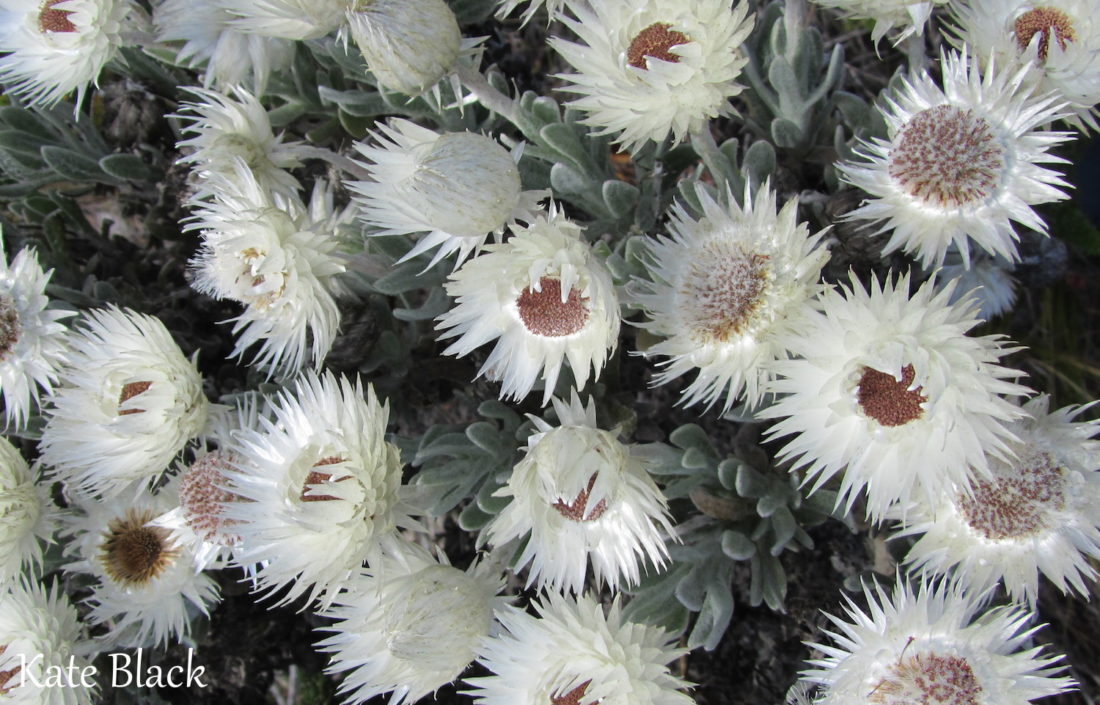 Know your fynbos: Enamoured by everlastings

Have you ever thought it a little strange to hear hikers recounting beautiful ‘fields of Cape Snow’ in the middle of the Cape summer? Syncarpha vestita is indeed our very own form of ‘Cape Snow’ when, between the months of November and January,1 our mountainsides erupt in a magnificent mass of snowy-white flowerheads glistening in the sunshine.

The Syncarpha genus is made up of 28 species, all of which are endemic to the Western and Eastern Cape of South Africa.2 We commonly refer to its flowers as ‘everlastings’ due to the dry, papery bracts that enclose each flower head – these require extraordinarily little water, and last for weeks and weeks as perfectly preserved flowers, even once they dry out.

Given their daisy-like shape, you might not be surprised to learn that all Syncarpha species fall within the daisy (Asteraceae) family – possibly the largest family of flowering plants worldwide, and one of the most prolific plant families found in the fynbos.3

What to look for:

You may not know: