Introducing our rare red orchid and her remarkable pollinator 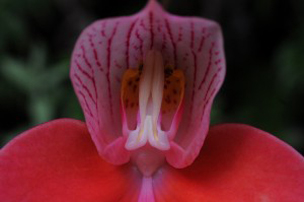 May 3, 2016 In Introductory Series By Table Mountain Fund

Introducing our rare red orchid and her remarkable pollinator

Another character in this remarkable tale is the orchid’s pollinator; the ‘Mountain Pride’ butterfly (Aeropetes tulbaghia). These butterflies are so large that they are sometimes mistaken for a small bird. They are strongly attracted to the colour red and most hikers first encounter these butterflies as they swoop down to inspect their red clothing. The butterfly pollinates 15 red Cape flowers and ignores flowers of any other colour. As most other insects cannot detect red, the butterfly is crucial to the survival of these red-flowered species. If the butterflies were to disappear they would certainly face extinction.