#Hike.Run.Explore | Silvermine East:  A hop, skip and a jump to Kalk Bay 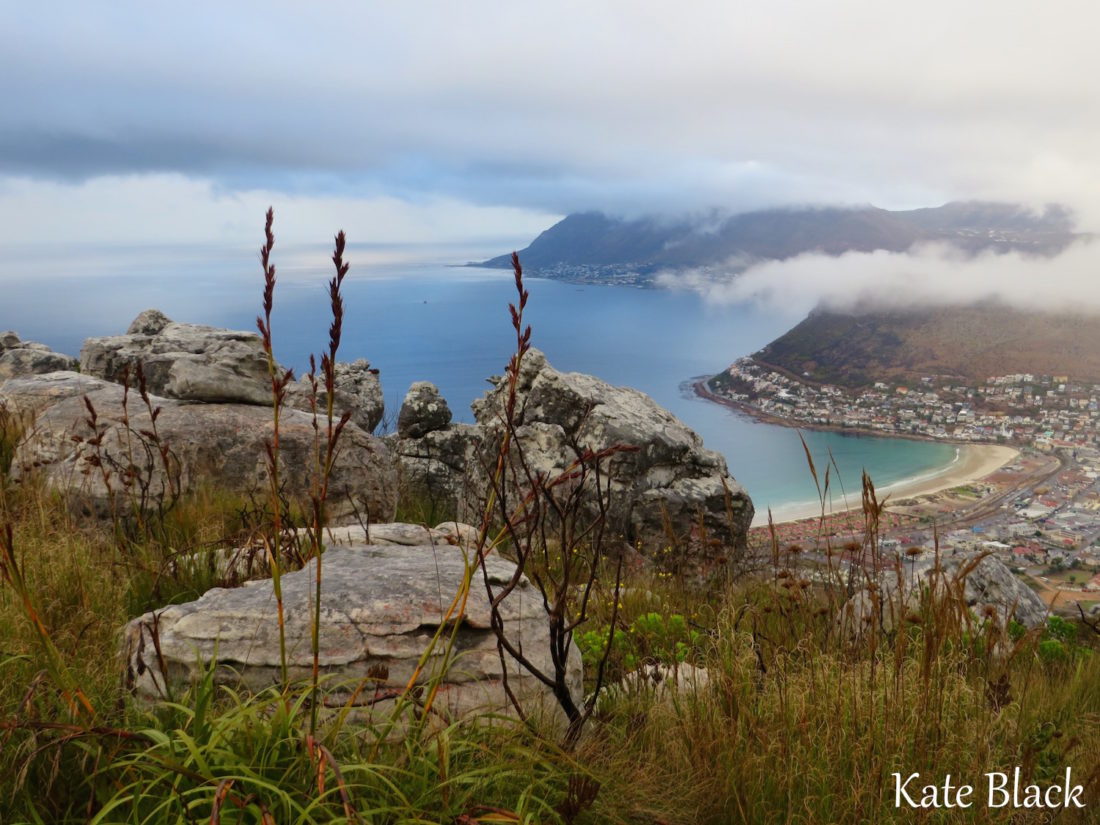 #Hike.Run.Explore | Silvermine East:  A hop, skip and a jump to Kalk Bay

As we climbed out of the car, we were met with a shroud of mist and the chilly pitter patter of rain; sideways rain, as is often the case in the blustery Cape. As the forecast had assured us it was nothing to shout about (sadly, for our water-deprived province), we hit the gravel track at a trot to keep warm.

The plan was to work our way from the Silvermine East car park, along the ridge and down to Kalk Bay for a thawing cup of coffee and a giant breakfast, with a quick mission into Boomslang Caves en-route; one of our favourite mini-adventures for a weekend in Cape Town.

Silvermine East (accessed via Gate 2) is attractive in the sense that it is not as well-known as Silvermine West, so it generally draws a smaller crowd, and occasionally total seclusion can be found in the more remote spots (although on weekends you will almost certainly have a few hiking and trail running companions, perhaps some in training for the Old Fisherman’s Trail Challenge, which takes place in June and traverses some of these paths).

The route starts off gently along a gravel jeep track, and then winds its way up into the mountains where there is no sight or sound of civilisation for a decent few kilometres. While you feel as if you could be in the middle of a remote part of the Cederberg, you are actually in a very narrow belt of pristine reserve nestled between the busy Ou-Kaapse Weg and Boyes Drive. On the first stretch of the trail, there’s a waterfall – not currently flowing, but in wetter times, a powerful cascade.

Following fires in previous years, this section of Table Mountain National Park is green and bountiful at the moment, with thick, healthy-looking fynbos pushing up between the rocky outcrops.  Speaking of which, you may have heard of the amphitheatre, perhaps one of the better known features of this route. Descending from a ridge down a rocky path, is a low-lying, sandy area surrounded by an amphitheatre of rocky surrounds. A peaceful spot for a cup of tea.

Continuing on from the amphitheatre in the direction of Fish Hoek, there are some truly breath-taking views following the undulating coastline towards Cape Point. Alternatively, if you decide to walk from the amphitheatre towards St. James, you’ll find yourself in the wonderful Spes Bona forest, a small stretch of indigenous Afro-montane forest, filled with ferns and moss and a shady boardwalk through the trees.

And then there are the caves! We explored Slangboom Cave, found at the top of Echo Valley, just above Kalk Bay (it can also be accessed via a set of steep steps from Boyes Drive). Enough to give your inner 5-year-old the time of his/her life, these caves have got bits of all of the good stuff: leopard crawling through tight spaces, dark rock caverns with lichen-covered walls, bats, muddy hands and knees, the works. It’s quite something to find yourself inside them with no-one else around – and the one ‘room’, which extends for about 20 metres, is a stark reminder of how big the unchartered network of underground hollows just might be.

By the time we emerged like moles from the soggy, dark tunnel, the weather was starting to clear, and we were greeted with sunny views and a rainbow over the Kalk Bay harbour as we made our way down to the town. A trail that never disappoints, made even better by Kalk Bay’s ‘lekker vibes’ at the end.