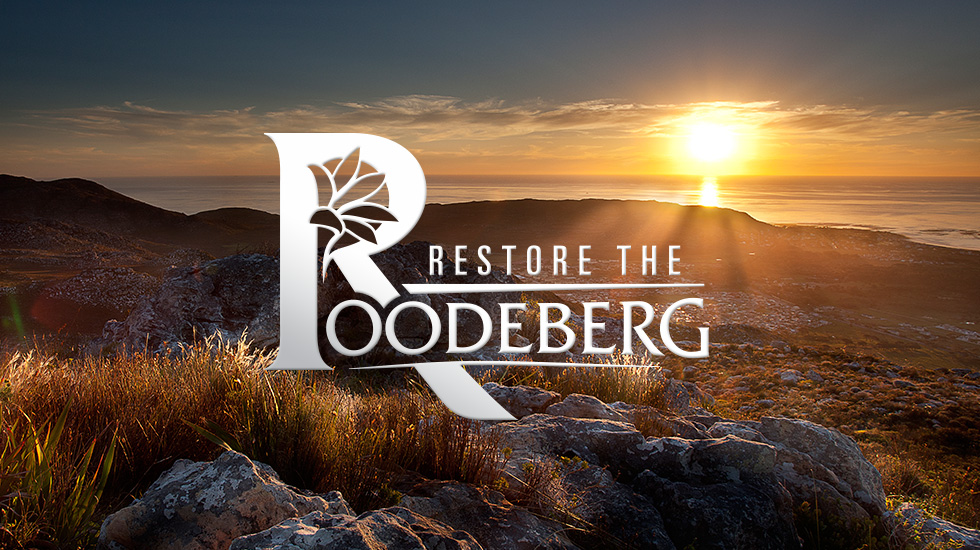 Three conservation bodies in the Cape Peninsula have teamed up to save a precious piece of mountain land for posterity – and they are calling on members of the public to help them raise R9,2-million by June 2014 to do so.

Lying south of the Noordhoek wetlands the Roodeberg is a mountain landscape of exceptional beauty and species diversity that is of global conservation importance.

The southern portion of the Roodeberg is already part of the Table Mountain National Park, where recreational users of the mountain come to immerse themselves in some of the Cape’s most exquisite fynbos and scenery. But the northern section consists of privately owned properties, a portion of which was run as a tourism venture of the now defunct Solole Game Reserve.

That’s why WWF South Africa, The Table Mountain Fund and South African National Parks (SANParks) have put together the “Restore the Roodeberg” campaign which aims to raise the money to buy the remaining privately owned land for incorporation into Table Mountain National Park. SANParks’ TMNP Planning Manager, Michael Slayen, explains: “For the past decade, we have been working to consolidate five private properties in this area into the park. To date three of the five properties have been incorporated by purchase and contract, which leaves two of the most vulnerable still outside of the Park’s protection.

“These remaining properties are threatened with inappropriate development, and have been overwhelmed with fire-prone alien invasive vegetation, making the need to acquire them an even greater priority.” WWF South Africa’s Fynbos and Succulent Karoo Programme Manager, Onno Huyser, adds: “After extensive negotiations with the private owner we have secured an excellent deal to purchase the two remaining properties. We now have until June 2014 to raise the money.”

The vision is to open up this previously restricted area to hikers, runners, dog walkers and horse riders, while ensuring that the land and its diverse and unique species are restored and conserved for generations to come.

“In order to safeguard this area of global biodiversity we are now calling on individuals, organisations, schools and businesses to help us to raise this much-needed funding which will help us to restore the Roodeberg and incorporate it into the National Park,” says Huyser.

Once the properties are secured, SANParks will initiate a programme of alien clearing and land rehabilitation, which will also see numerous job opportunities being created for surrounding communities.

To find out more about the Restore the Roodeberg campaign visitwww.restoretheroodeberg.co.za, join us on Facebook or follow us onTwitter, and don’t forget to use #Roodeberg as you help us to spread the word about this globally important mountain landscape.