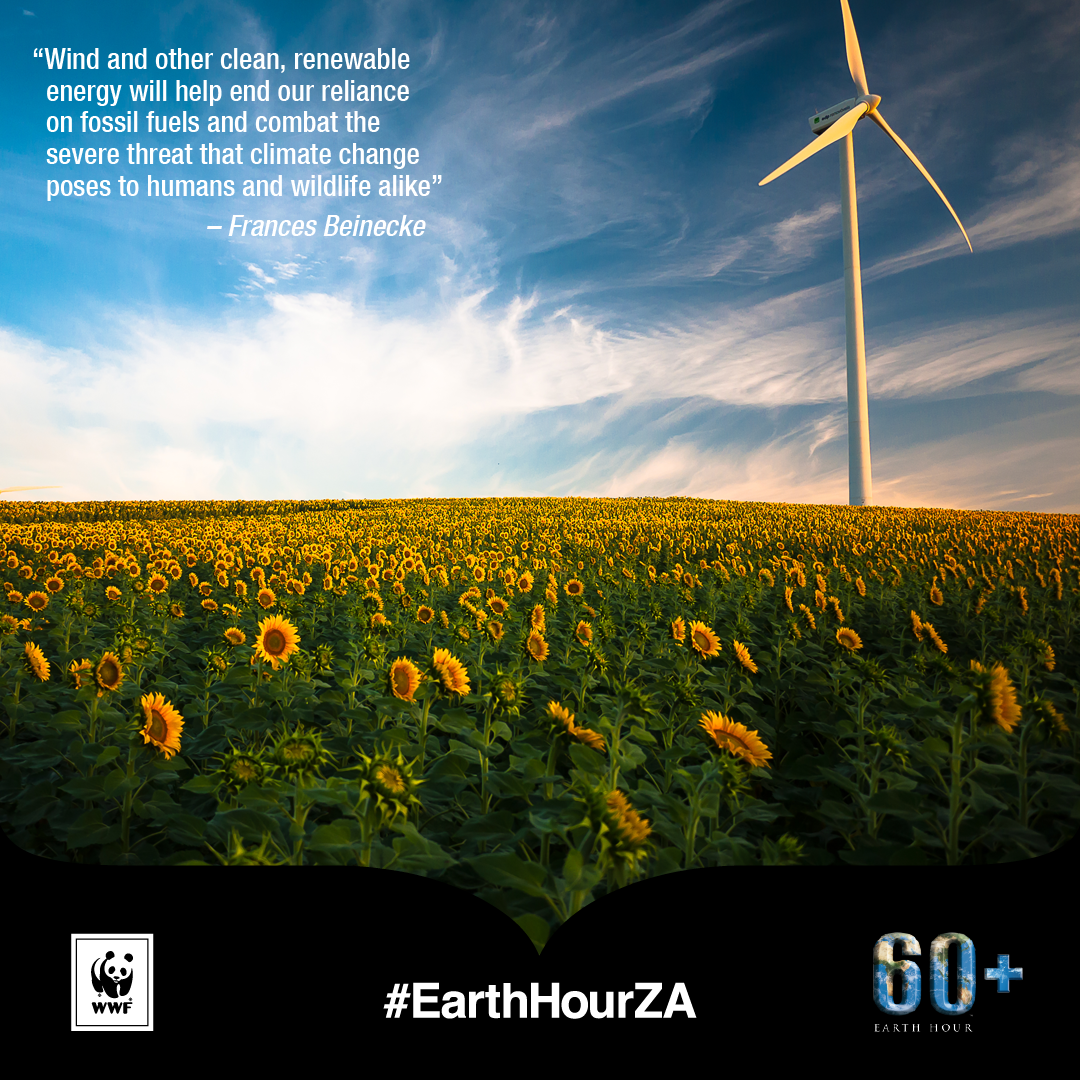 March 23, 2017 In Green Lifestyle, In The Field, News, Uncategorized By Kate Black

This year, Earth Hour is not only about switching off our lights; it’s about interrogating how our electricity is produced.

The lion’s share of South Africa’s electricity is generated by coal-fired power stations. The mining of coal can be hugely destructive, and the burning of these fossil fuels also produces the bulk of South Africa’s carbon emissions. Towards the end of 2016, South Africa (and a host of other nations) committed to the Paris Agreement, promising to reduce greenhouse gas emissions in a united effort to mitigate the effects of climate change. To honour this, and limit the disastrous impacts that runaway climate change is likely to cause, we have an urgent need to change our energy mix in favour of renewable energy.

Fortunately, South Africa has a plan for this; and an extremely good one at that. In fact, the Renewable Energy Independent Power Producer Procurement Programme (REIPPP), which aims to bring more renewable energy to South Africa’s power grid, is internationally lauded as one of the most advanced and successful programmes in this sphere.

However, Eskom refuses to sign the outstanding contracts that support the buying of power from the renewable energy sector, placing the entire energy programme, and our country’s future, at risk.

What can you do?

What good can come of it?

Not only does South Africa have a critical responsibility to uphold the global climate action commitments ratified through the Paris Agreement, but also a responsibility to its citizens to provide electricity that is socio-economically and environmentally beneficial in its generation. Renewable energy reduces carbon emissions significantly, with the potential to be rapidly scaled and deployed through a decentralised approach that matches our country’s diverse and growing energy needs. Its development has been shown to create much-needed jobs and benefit the local communities in which it is implemented, while placing South Africa on the world stage for energy expertise and foreign direct investment opportunities.

The Table Mountain Fund is wholly committed to the support of Earth Hour, as well as South Africa’s renewable energy initiatives. TMF recently entered into a partnership between renewable energy developers (Wind Energy Collective) and the St. Francis Kromme Trust (civil society) to ensure conservation and security of critical biodiversity and eco-system services in the Eastern Cape’s Greater Kouga-Koukamma area. The project works on a stewardship approach, allowing private, communal and state-owned land to be effectively protected and managed, with biodiversity conservation as the priority.

Earth Hour is an annual, global movement of positive change for the environment, symbolised by switching off the lights for one hour in support of climate action. This year, it will be celebrated on Saturday 25th March from 8:30pm – 9:30pm local time. Visit www.earthhour.org.za to find out more.