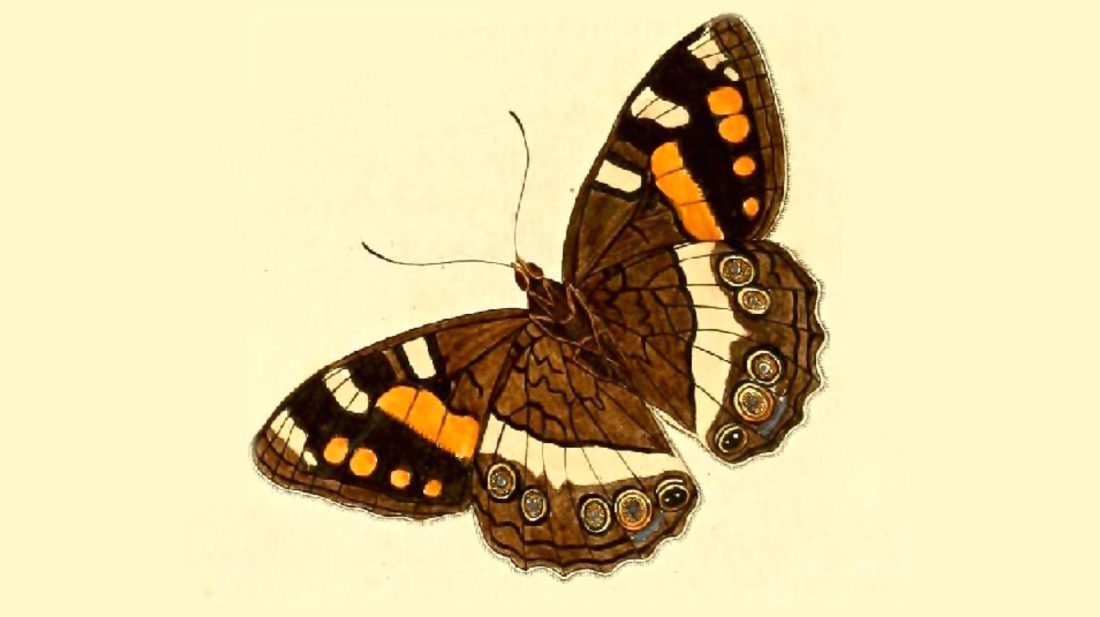 November 10, 2016 In All the small things, Pollinators By Kate Black

The Table Mountain Beauty (Aeropetes tulbaghia), otherwise known as the Mountain Pride butterfly, is a proudly South African resident that we should all know more about. An exquisite picture of natural beauty with blue ‘eye’ spots on its nutty brown wings, this butterfly is not just a pretty face. In fact, it’s critical to the survival of one of the Western Cape’s most celebrated plant species.

The red disa is a revered Cape icon that has inspired the names of many our Cape provincial teams, societies and landmarks, including the Mountain Club of South Africa and the Western Province Rugby team. A species of the Orchid family, the red disa (Disa uniflora) is found only in very specific areas of the Western Cape, including the Sandstone Mountains of the South Western Cape, west of Hermanus to Table Mountain and northwards into the Cederberg Mountains, growing near waterfalls and streams (1).

The red disa is pollinated only by the Table Mountain Beauty (2); it is reliant on this single insect species for its survival. As the butterfly has a strong preference for the colours red, pink and orange, it is attracted to the striking red disa, enabling it to fulfil its critical pollination function.

With a wingspan of 70-90mm, the Table Mountain Beauty is one of the largest butterflies on Table Mountain. Its flight period begins in November and runs through to April (3), so keep an eye out for them while walking in the coming summer months. Wear something red and you might be subject to a drop in!

Human fascination with butterflies and, more formally, lepidoptery (their study), has existed for hundreds of years, and the pastime of butterfly collecting (which for obvious reasons has declined in popularity over the years) has been an infatuation for many historical icons that have visited South Africa. Winston Churchill, who spent time butterfly collecting in Sudan, Pakistan and South Africa, is known to have remarked to his mother at the age of just six years old “I am never at a loss to do anything while I am in the country for I shall be occupied with ‘butterflying’ all day (as I was last year).” (4)

As we get used to seeing these immaculate, painted creatures landing in the garden or fluttering in the fynbos, we risk taking their importance for granted. Let’s consciously challenge this. Let’s think about the very important role they play in our rich Cape ecosystem and conserve them as such. Habitat destruction is a real issue for Cape wildlife, and the interdependence of species within ecosystems is a continuous reminder that nothing is too small to protect.