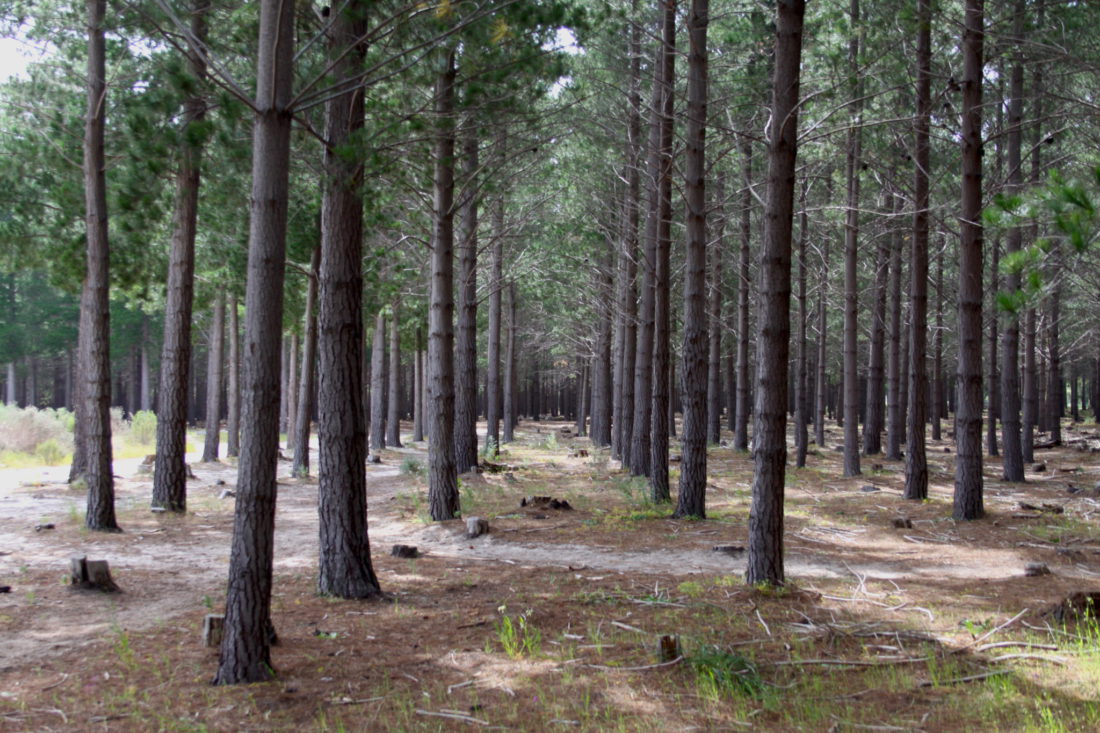 One of the most encouraging aspects to emerge from the Tokai plantation felling debate is the immense energy with which our local citizens tackle issues around nature and the outdoors. The people of Cape Town should feel proud, particularly in the wake of Heritage Day, to be part of a society that makes itself heard in the name of ‘green’ spaces and unreservedly acknowledges the essential value that these areas bring.

At the end of August this year, the felling of pine trees in the Lower Tokai plantation sparked immense public debate. The timber plantation had been scheduled for commercial harvest in years to come, but an accelerated harvesting schedule was implemented due to the burning of the Upper Tokai plantation in the 2015 fires. The expedited felling came as a shock to many Tokai residents and has raised numerous questions around role-players’ intentions, as well as identifying the need to establish exactly which factors are at stake in the event of each possible outcome.

By way of historical context, the Tokai and Cecilia plantations were first established by government in the early 1900’s for the provision of commercial timber, and naturally occurring fynbos was cleared from these areas to accommodate the trees. Years later, government’s decision to terminate commercial forestry on the land was announced, and in 2005 SANParks was assigned formal management of both Tokai and Cecilia plantations with the mandate of “…rehabilitating the natural environment and managing the land for conservation, eco-tourism and recreational purposes for use by the broader public…”. MTO Forestry, a private company that had won a tender and purchased the trees from government in previous years, would fell the plantation in compartments as per a binding lease agreement with the Department of Agriculture, Forestry and Fisheries (DAFF), and with each section harvested, hand over management of the land to SANParks for rehabilitation in the form of fynbos restoration (1).

The decision to bring the plantation under management of Table Mountain National Park (TMNP) was a progressive one; one that is likely to have been very well-received by the Cape community at the time. National Park status would protect the area from commercial development of any kind, on an urban periphery that would otherwise have been highly desirable for such a cause. What cannot be overlooked, however, is that with the security and protection conveyed by Park status, comes a mandate for focused conservation measures – and this, more often than not, means change.

What is at stake?

The Fynbos biome is acknowledged as one of only 34 Biodiversity Hotspots across the entire globe. The Cape Floristic Region is a World Heritage Site, as well as the smallest yet most threatened of the world’s six plant kingdoms (2). Our custodian duty to conserve Cape Fynbos is ever pressing. More critical, still, is the fact that Tokai is home to one of the last remaining pockets of Cape Flats Sand Fynbos – a specific vegetation type of which there is only 14% remaining and only 2% conserved. Much of the vegetation is badly degraded, with only 1% in either fair or good condition – and this 1% is in Tokai. Reports state that within the vegetation type, 13 plant species are already extinct, while 319 plant species and 19 vertebrate species are currently threatened with extinction (3).

This might appear to be a daunting conservation challenge, but it is, in fact, a critical and exciting opportunity for us to work together as a community within the progressive context already fostered, and resurrect some of the precious biodiversity that is under threat.

The Tokai and Cecilia Management Framework developed by SANParks and TMNP in 2009 was developed as a ‘common vision’ through a public participation process that sought specifically to find a compromise between the need for restoration of Critically Endangered fynbos, and the need for public access to shaded, recreational space. The framework adopted a balanced, yet future-focused view, taking public concerns seriously. What it didn’t anticipate, however, is the expedited felling process triggered by the March 2015 fire, the focus of much current disgruntlement (4).

The loss of shade on walking routes is a valid concern. We are fortunate to be part of a citizenry that places due priority on the use of outdoor spaces, and the resolution of those who have challenged the change should be lauded. While change is not easy, and losing familiar recreational spaces enjoyed for years is an uncomfortable disruption, this specific circumstance demands a willingness to compromise, based on an understanding of what is at stake: a rare, living heritage that is irreplaceable and on the verge of being permanently lost.

TMNP’s vision for Tokai gives considered thought to shade-providing alternatives. Areas such as the Arboretum and braai site will remain, and the development of shaded routes with indigenous shade trees (as is currently being done with Silver Trees in the Cecilia Forest area) has been proposed. A concept of ‘transition planting areas’ has been developed for potential deployment along the periphery of lower Tokai, whereby non-invasive, exotic shade trees can be planted in cyclical transition with fynbos. This potential solution, however still requires investigation and would only act as a longer term option, as eight years of post-felling fynbos regrowth is needed to revitalize the seed banks before any of these trees can be planted (5).

More broadly, the Constantia and Tokai Green Belt system offers over 18km of recreational space – some areas with existing shade and other areas with the potential for further tree planting. These areas offer an alternative to Lower Tokai, given the significance of the TMNP as a nationally protected conservation area, and the crucial role that it plays in linking endangered Cape Flats Sand Fynbos to mountain fynbos (6).

The desire for the plantation to remain is motivated (primarily) by an appreciation for nature – for love of an outdoor space that has served a familiar purpose for many years. This acknowledged, pine plantations sustain little flora and fauna other than the pine trees themselves. Here is a unique opportunity to restore an ecosystem teeming with life and extraordinary in its rarity. With knowledge of what’s at stake, there must be room for collaboration and compromise. 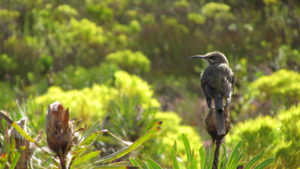 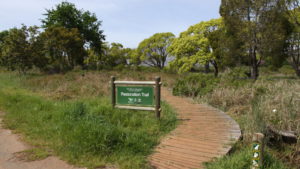