Out the back door to Orange Kloof Tented Camp 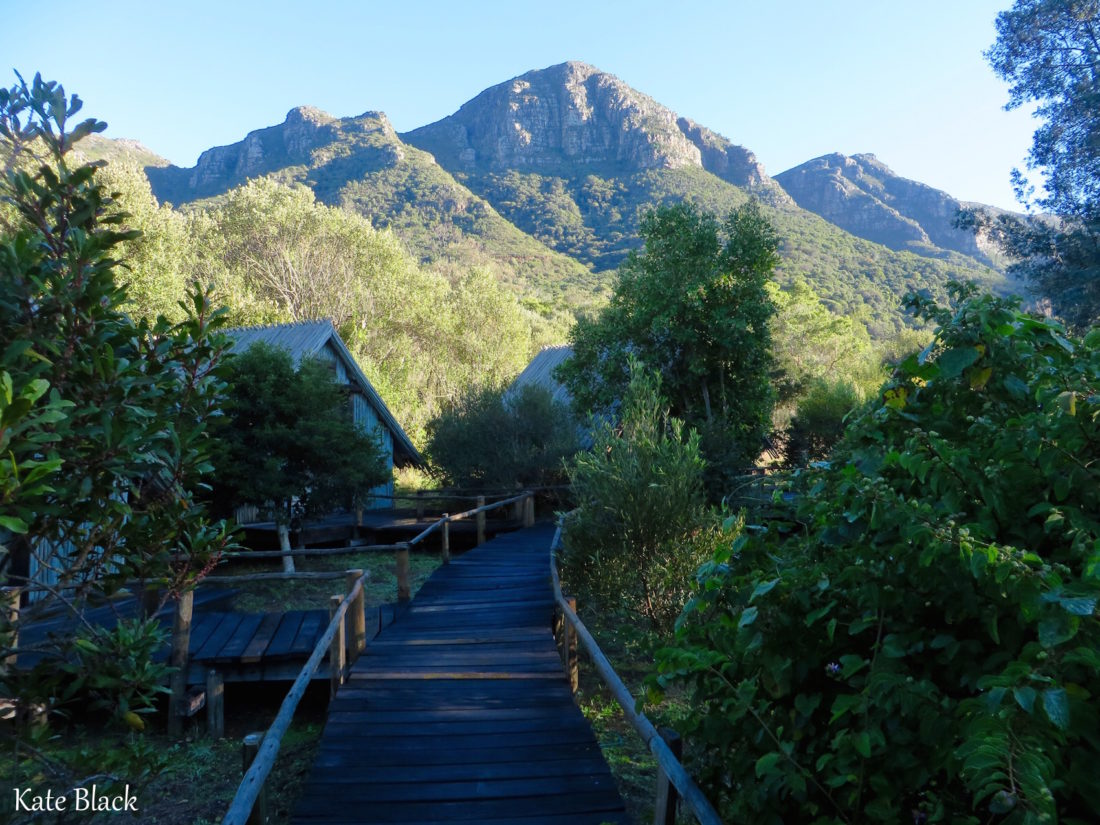 Out the back door to Orange Kloof Tented Camp

‘We’re almost out of wood’, was the utterance from around the fire, followed by an anxious hush. Temperatures on the mountainside had plummeted when the sun set, and the embers were our only real source of heat. As we sought to hatch a plan as if in some Lord of the Flies survival quandary, there was little mention of the fact that we were less than a kilometre from the main road into Hout Bay, and the trusty Kwikspar on its outskirts.

This is the thrill of Orange Kloof Tented Camp. In the middle of a lush belt of Afromontane forest, five canvas tents are neatly tucked into the undergrowth beneath the southern end of Table Mountain. You’d be forgiven for thinking you were hiding out in one of the Cape’s most remote wilderness areas, or even a fictional forested land – think Fern Gulley or Lord of the Rings – but the inevitable reality (easily ignored to preserve the adventure) is that you are a short drive or walk from two of Cape Town’s large suburban areas, Constantia and Hout Bay.

We were fascinated (and admittedly, a little perturbed) that we hadn’t discovered this gem before. The 12-sleeper camp is perfectly positioned as a launch point for hikes within the Orange Kloof valley, one of the more ‘elusive’ areas on Table Mountain due to its regulation by permit access. Those who’ve experienced its trails, particularly the pristine Disa Gorge, will know what I mean when I say it’s unlike any other part of the mountain. It’s hard to believe that it’s there all the time, as we go about our busy daily lives, to-ing and fro-ing across the city.

Disa Gorge is known for its enchanting forest canopies, fern-swathed banks and mossy pathways. The trail meanders up the Back Table alongside a rocky stream, culminating on top of Table Mountain at Woodhead Dam. While winter makes for a chilly adventure, seeing the ice-cold, Rooibos-tinged river in full, bubbling flow makes the timing well worth it. It is perfectly quiet but for the rapids massaging the rocks, and a few birds flitting to and from the water’s edge. The path is well-worn and easily navigated, bar a few river crossings where a takkie-drenching might be unavoidable – but you probably won’t even notice.

When you return to the camp, a large, stone fire-pit is the ideal kuier spot for congregating around a warming blaze. A change of warm clothes is essential in winter, and there are hot showers to initiate the process. If you can brave the cold breeze, try leaving your shower door open for a spectacular mountain view!

Between the large outdoor deck, and the long table that stretches across the kitchen, there are options for hang-outs. Outside is an open braai fire and a view of the stars, and inside a wood-burning fireplace to keep the dining cabin cosy. The kitchen is well-equipped with a microwave, gas hob, fridge and kettle, as well as all the necessary cutlery and crockery or self-catering. There’s plenty of space, and wonderfully large, wooden surfaces for storage and prep.

Each tent has an A-frame wooden roof and its own deck with forest or mountain views. Boardwalks link the tents to each other, as well as to the communal shower and toilet cabins (these are delightfully laid out too). Warm duvets, towels and solar lights are provided. But enough about the practicalities; this forest nook is food for the soul. Down a winding dirt road; between mountains and meadows; no phone signal; the whole package.

Orange Kloof Tented Camp is part of the Hoerikwaggo Tented Camps and can be booked through SANParks. Daily permits are required to hike in Orange Kloof. For more info, visit www.sanparks.org or call +27 (0) 12 428 9111.