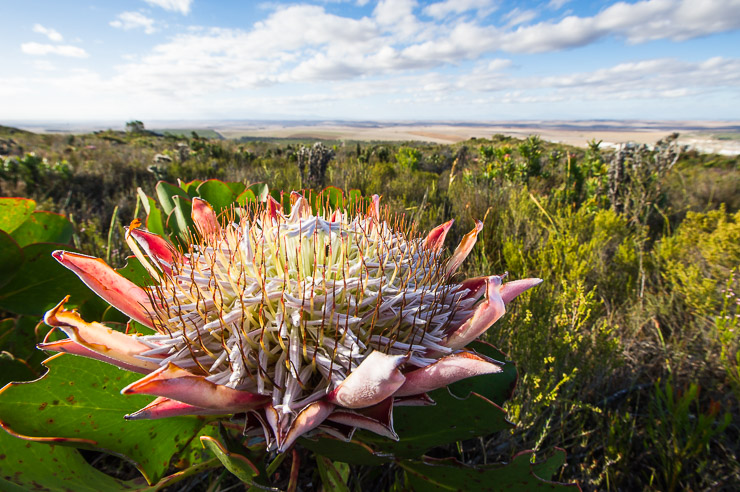 November 9, 2014 In Icons of the CFK By Peter Chadwick

The Cape Floristic Kingdom (CFK) is located in the southern tip of South Africa and stretches from Niewoudville in the north across to Port Elizabeth in the east. Oceans bound it to the south and west and the arid Karoo to the north and east. It covers only 90 000 square kilometers, but contains the highest diversity of plant life in the world. It is a “hotspot” of biodiversity with over 8500 species of plants, which occupy only 0.5% of the African continent, but encompasses 20% of the total plant species. Five of South Africa’s six biomes are found within its borders.

The CFK also faces large number of threats, most of which can be linked to human development and the unsustainable activities concurrent with this development. At least 1400 plant species are now under threat of extinction. Marine environments are threatened, with some stocks of marine fish and shellfish being dangerously low. 14 of the 19 species of fresh water fish are facing extinction.

It is this combination of species richness and threat that makes the CFK one of the most important global “hotspots” of biodiversity. Associated with the threats to biodiversity, the perceptions and political will of the people will have to change if the CFK is to survive and continue supporting local livelihoods. It is imperative that ALL people become aware of the value of natural ecosystems within the CFK and the need to conserve them.