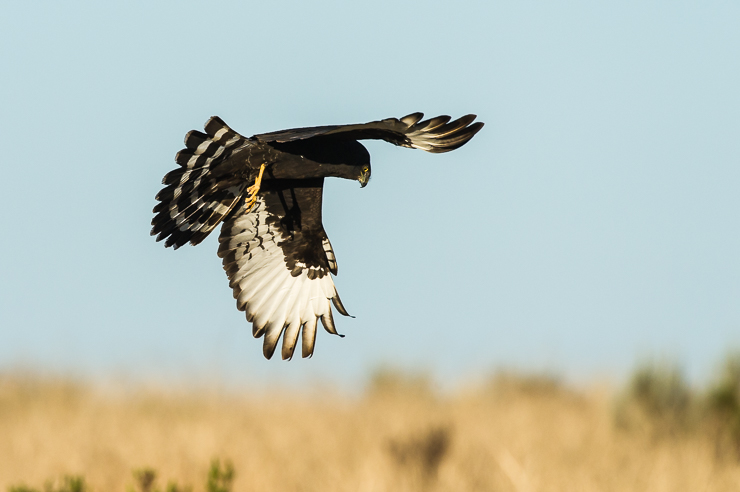 It is estimated that less than 100 Black Harriers are protected within formally conserved areas and that outside of these protected areas, the birds are reliant on remnant patches of natural vegetation, feeding in agricultural landscapes. As the worlds most range restricted continental harrier with an estimated global population of between 500 and 1000 breeding pairs, they are a southern African endemic that also ranges into Namibia. The Black Harrier is listed as Vulnerable at a global level and at a South African level as Near-Threatened.

The West Coast and in particular, the West Coast National Park is the Black Harriers breeding stronghold where it may be seen quartering backwards and forwards low over the Strandveld and occasionally stooping down to snatch a prey item. Black Harriers are largely monogamous, though cases of polygamy have been recorded where one male may hold two nest sites with different females. In the Western Cape, it nests semi-colonially on occasion with nest site being as close as 50 -100m apart. It is a ground nester that lays 1 – 5 eggs that take 34 days to hatch.

The greatest conservation threat to this species currently is habitat transformation where natural vegetation has been transformed into agricultural lands. Support the Overberg Lowlands Conservation Trust: www.overbergrenosterveld.org.za for the work that they are doing to protect critical Renosterveld habitat that is a favored area for the Black Harriers.